Ah Gallifrey!
I arrived Thursday morning and spent the day with Miss Molly, we went to FIDM and the Getty, I’ll post those pics later.
Friday morning I learned Alex Kingston had a schedule conflict, the weather was so bad where she was filming it put them behind schedule and they wouldn’t let her leave. Sad!
But it did clear up for me my musings on whether I should get a photo with her or Barrowman or both.
Anyway, this Gally felt very weird to me. I think mostly because Lyn wasn’t there! Even though she wasn’t there last year either, it still just feels strange without her.
I did go to a LOT of panels though. Pretty much all the classic companion ones, and there were a lot! This is the all together panel: 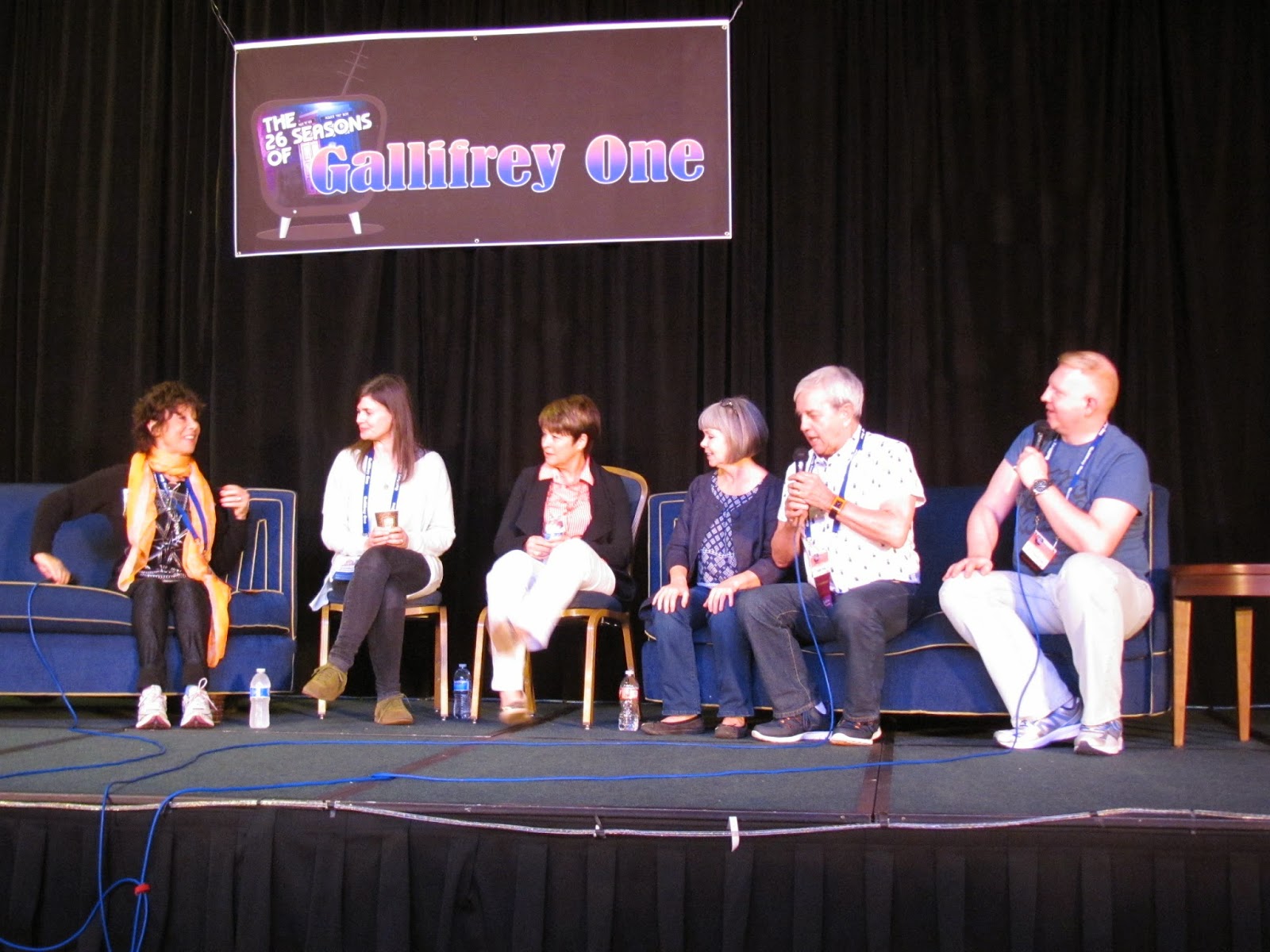 Look how many!
They are just so adorable ;_; 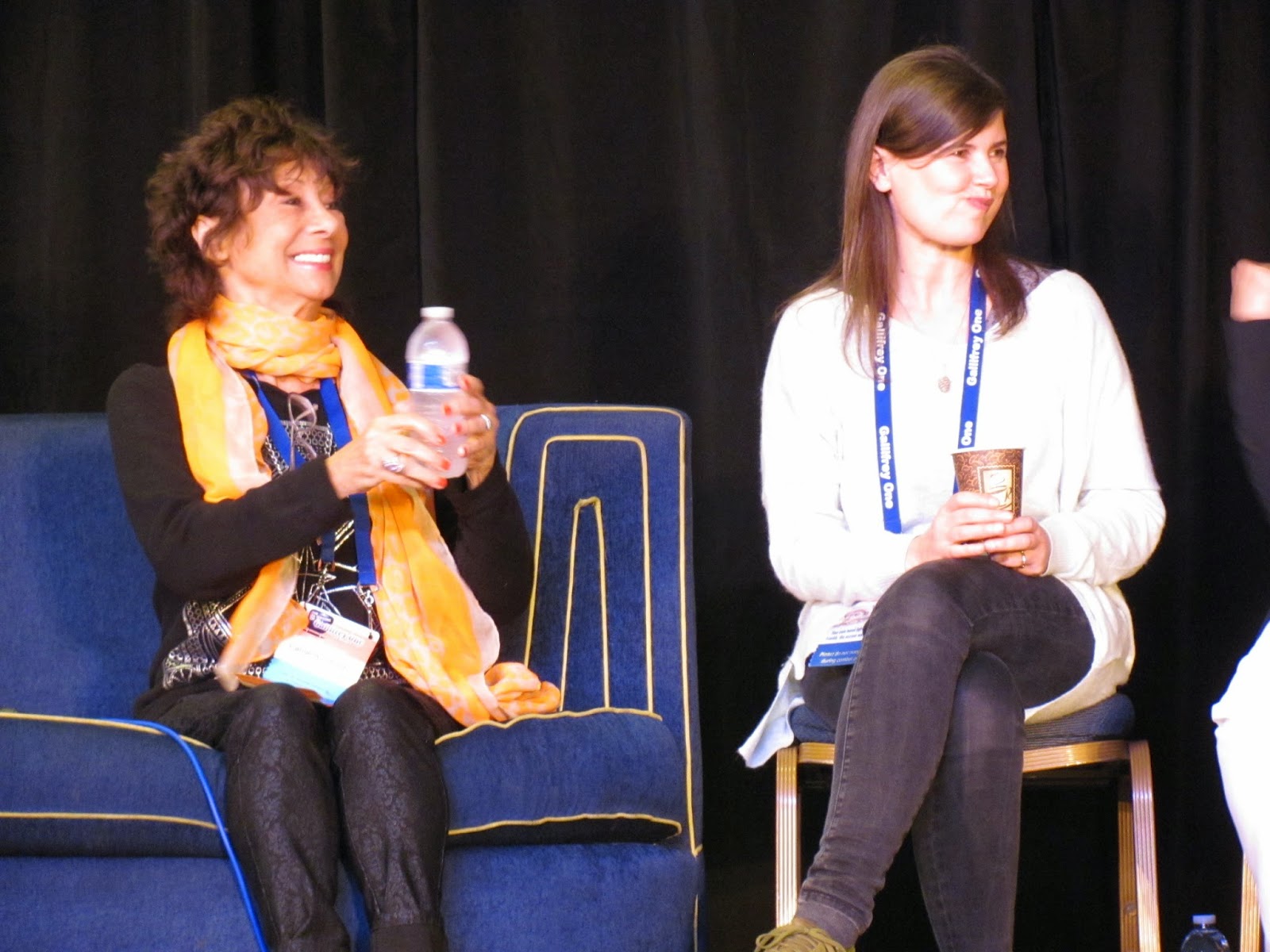 Even though they do tend to tell a lot of the same stories (especially Mr. Hines, since I’ve seen him so many times) their interaction is just so charming I love going to the panels still. 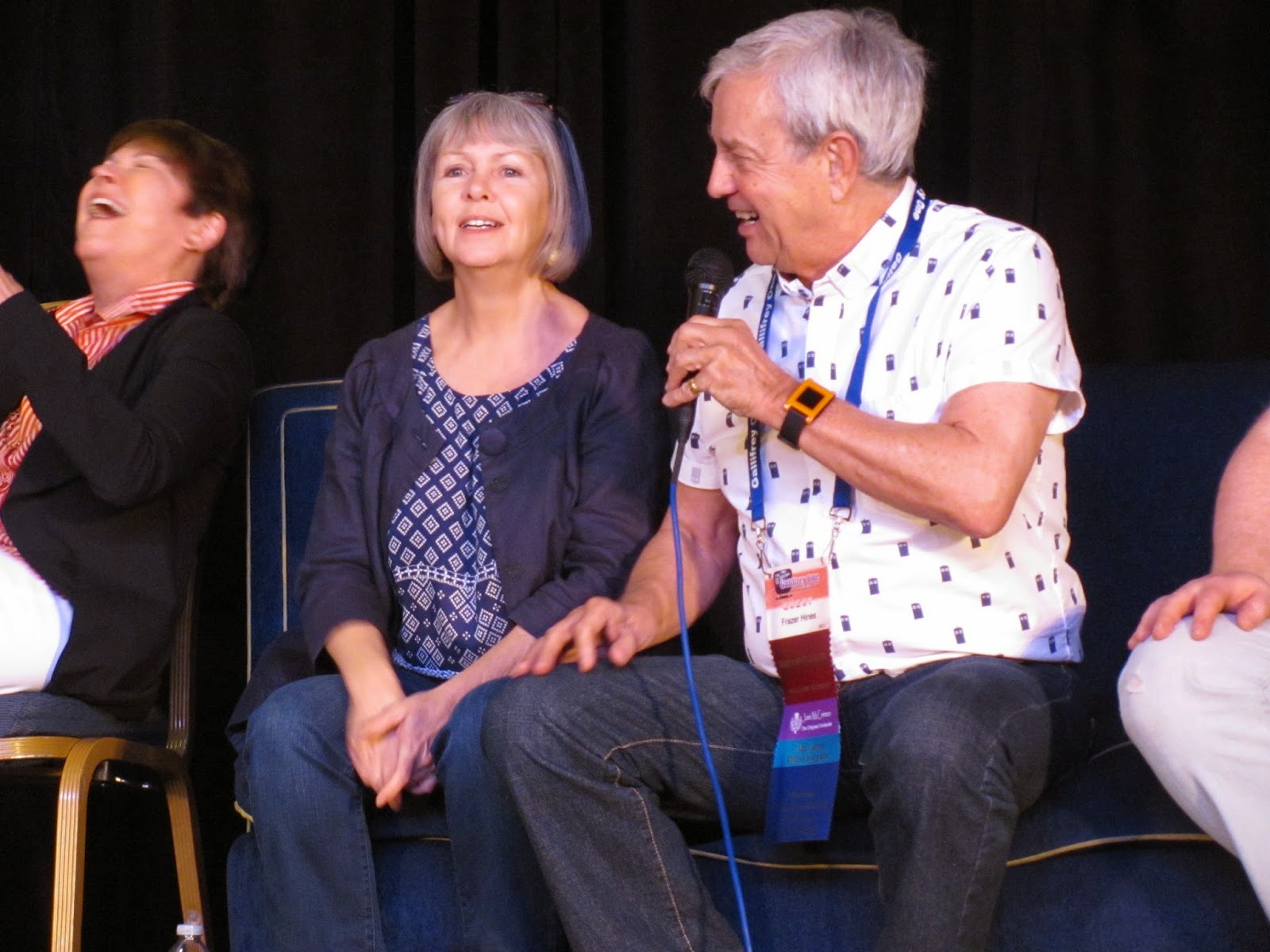 They just all obviously enjoy being around each other.
Sometimes I can’t handle the cuteness. 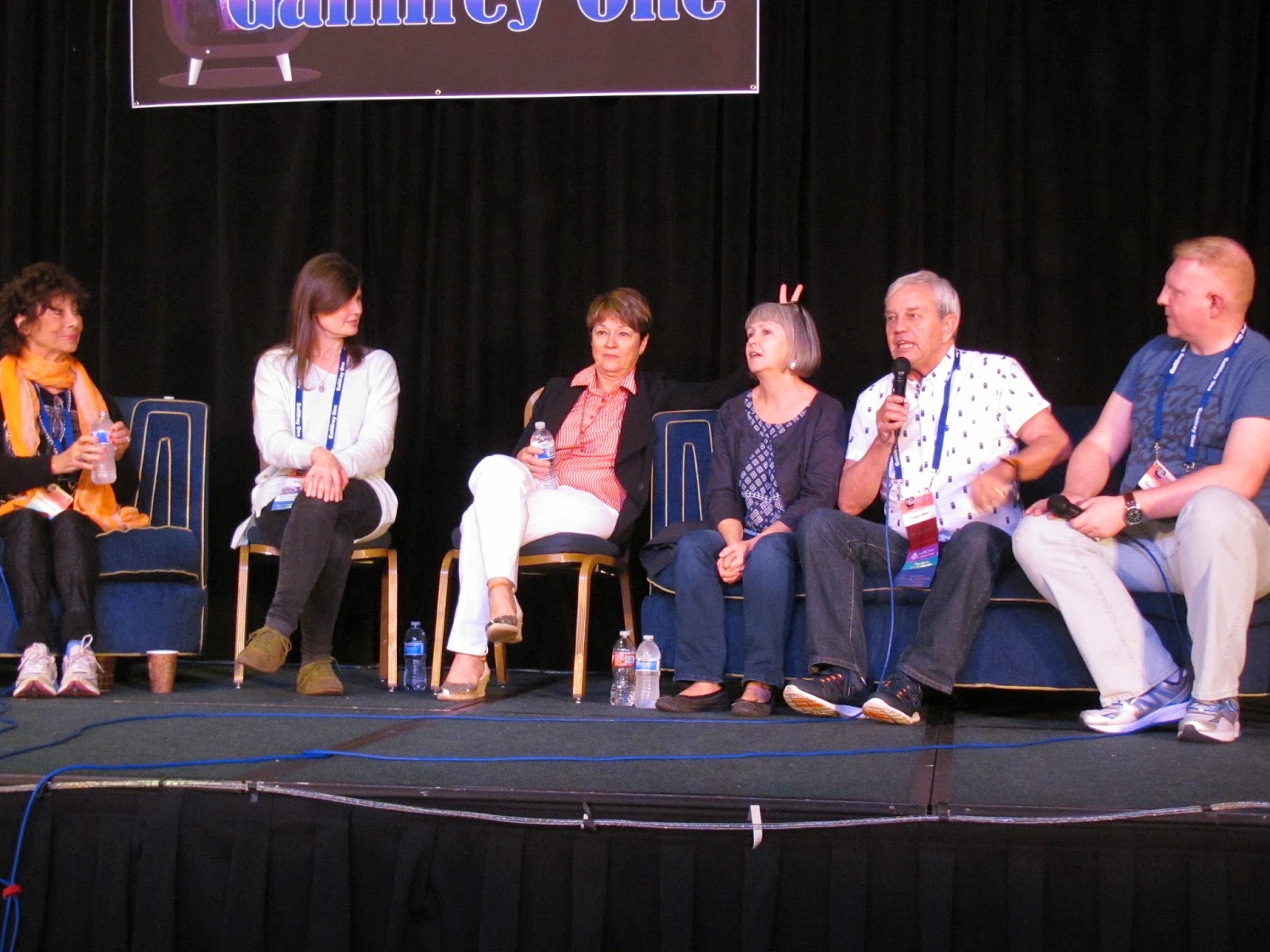 Sometime in the afternoon I changed into Pertwee. I couldn’t decide between a Jo and Pertwee, but last year I saw only one other Three the whole weekend, so I decided to go with that. I did see more Threes this year, like… 4 of them over the weekend. 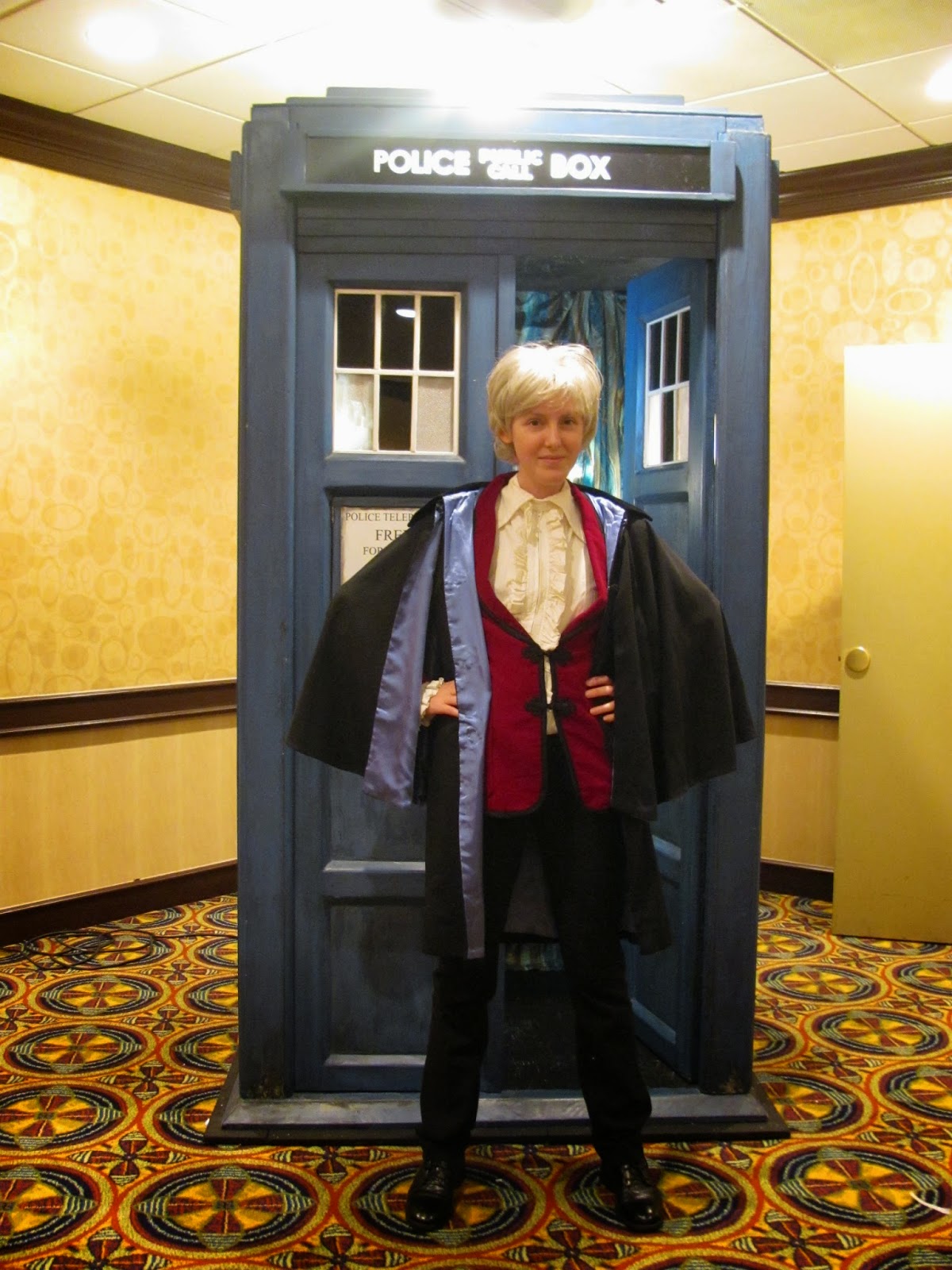 Jey took these pics for me in the evening before I changed for the evening. 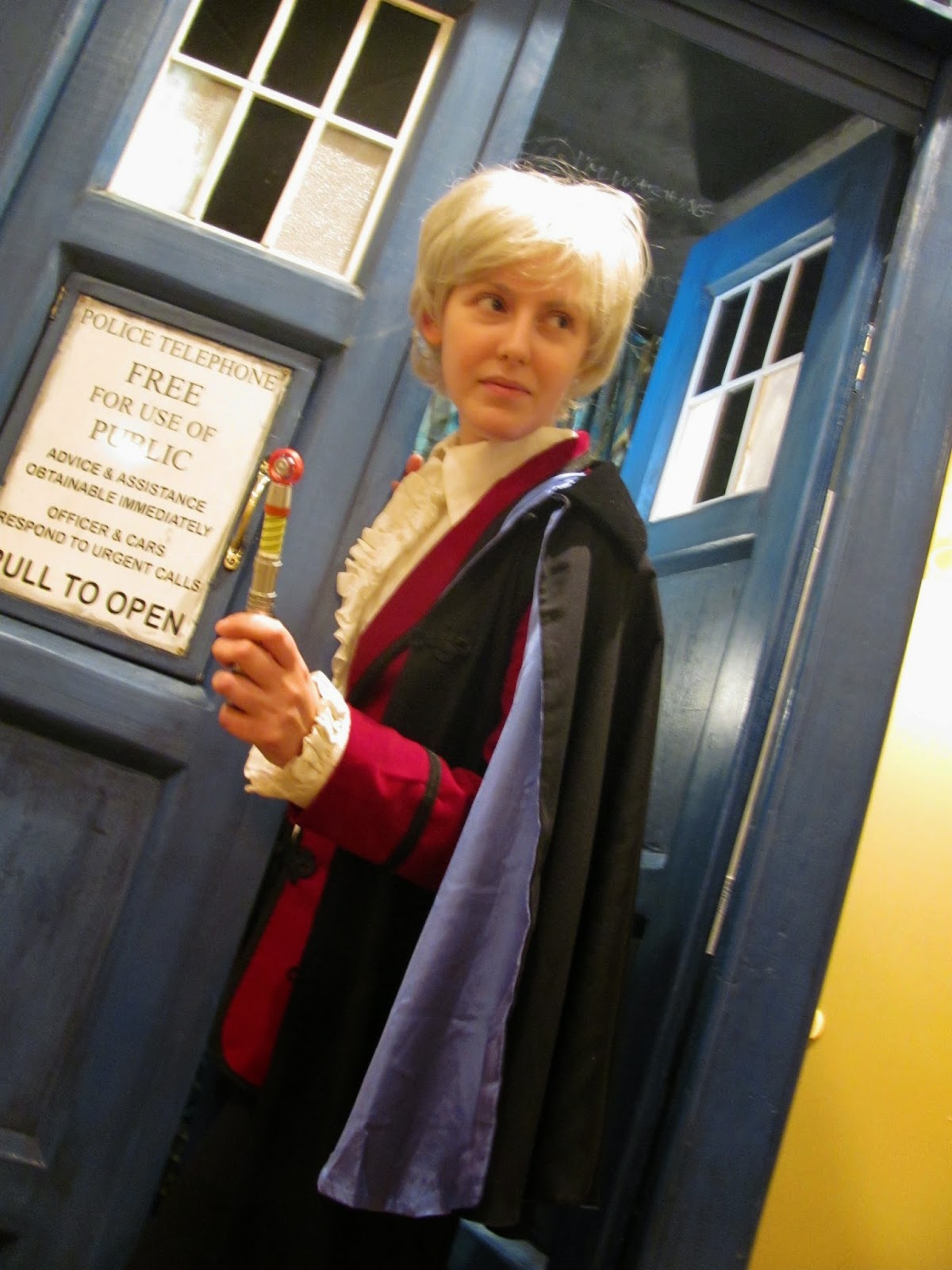 I really didn’t take anyone’s pic this year! When I wasn’t in a panel I did actually prowl for things to take pics of, but I think it was just the times that I happened to be out and about that nothing really struck my fancy (except for when something did, but I’d be rushing somewhere).
Not that there weren’t lovely costumes, lots of really nice Tens, Elevens, and Twelves. Plus their companions. But I’ve never found Amy/Clara’s clothes particularly compelling. 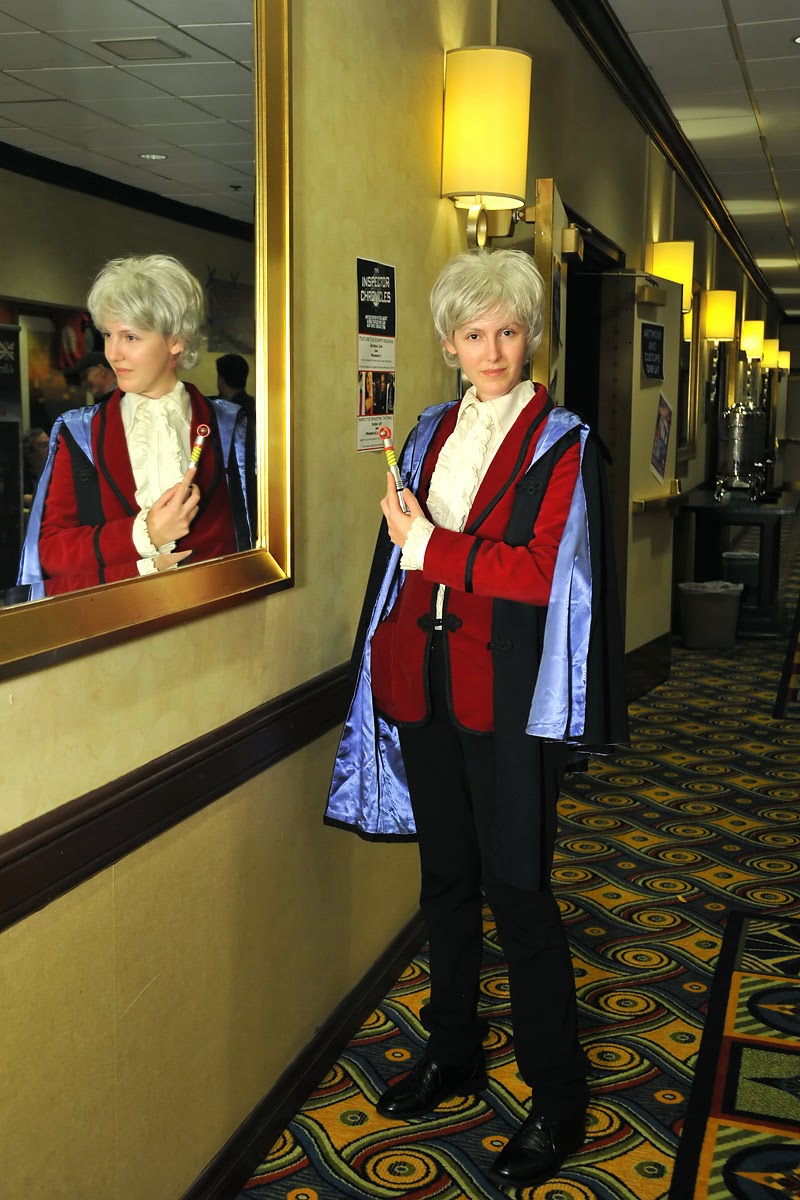 Idk who took this, but it makes my 6 year old costume look good. Remaking this is definitely on the Someday list.

Makes me a little d’oh that I didn’t bother putting too much makeup on, ends up looking girly :/

Saturday!
Spent the morning in classic companion panels, then off for a pic with Mr. Barrowman!
What a sweetheart! 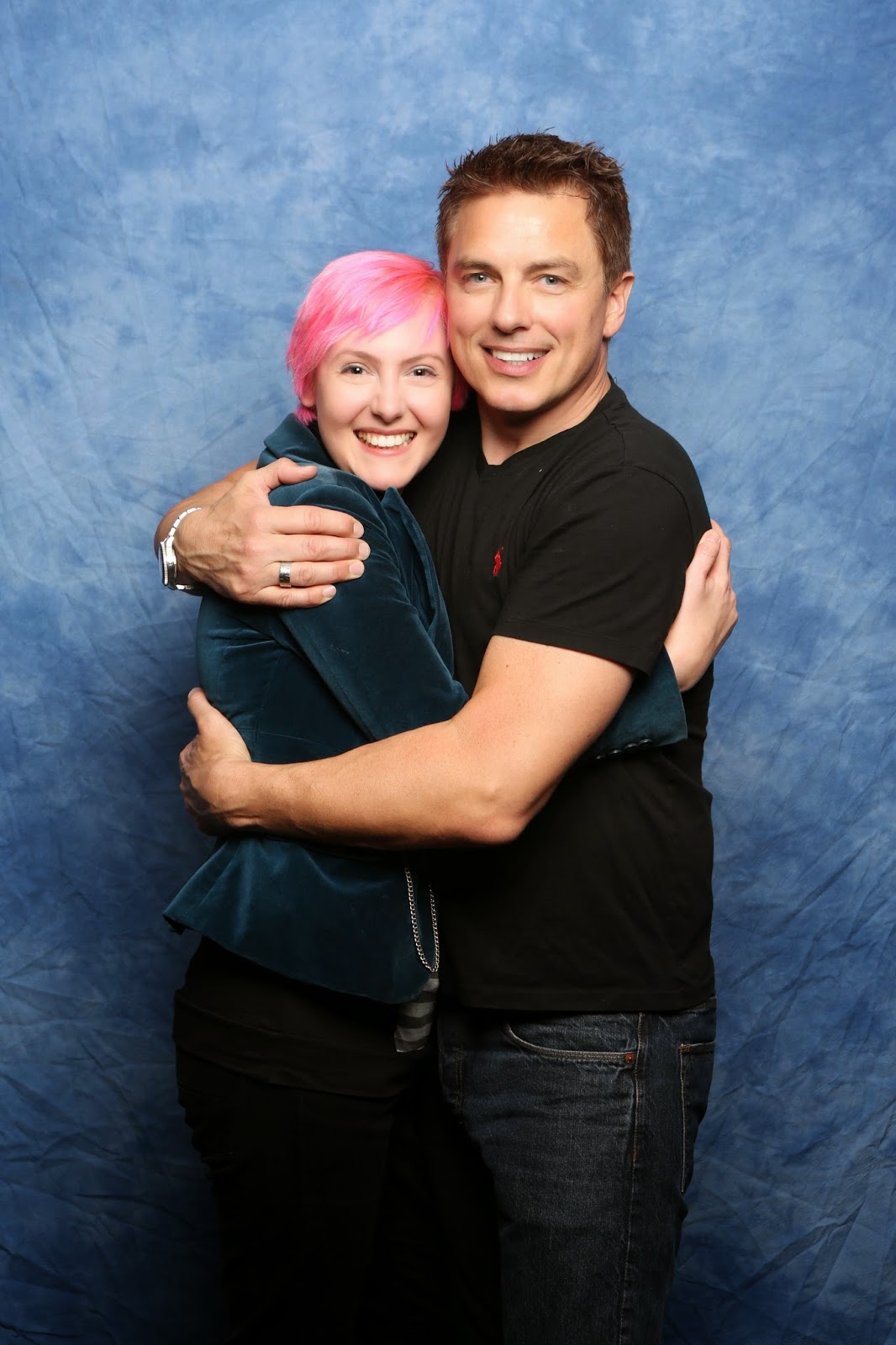 I’m soooo glad the pic turned out okay ’cause he pulled me into that hug and my mind was going “Bwah what? Ack smile!”
They Gallifrey studios this year and it was muuuuuch better. These people are very streamlined, the tickets have numbers so you know what group to be in. The only thing is the first person who sold me the ticket didn’t explain the process, and told me that my Sunday ticket was the same as a Sat ticket, but the reality was it was if there was time after the Sat people had gone (there was a conflicting panel on Sunday 8D;;). Even so, everyone else was so organized and professional. So so much better than Froggys.

So after my photo I went and changed. 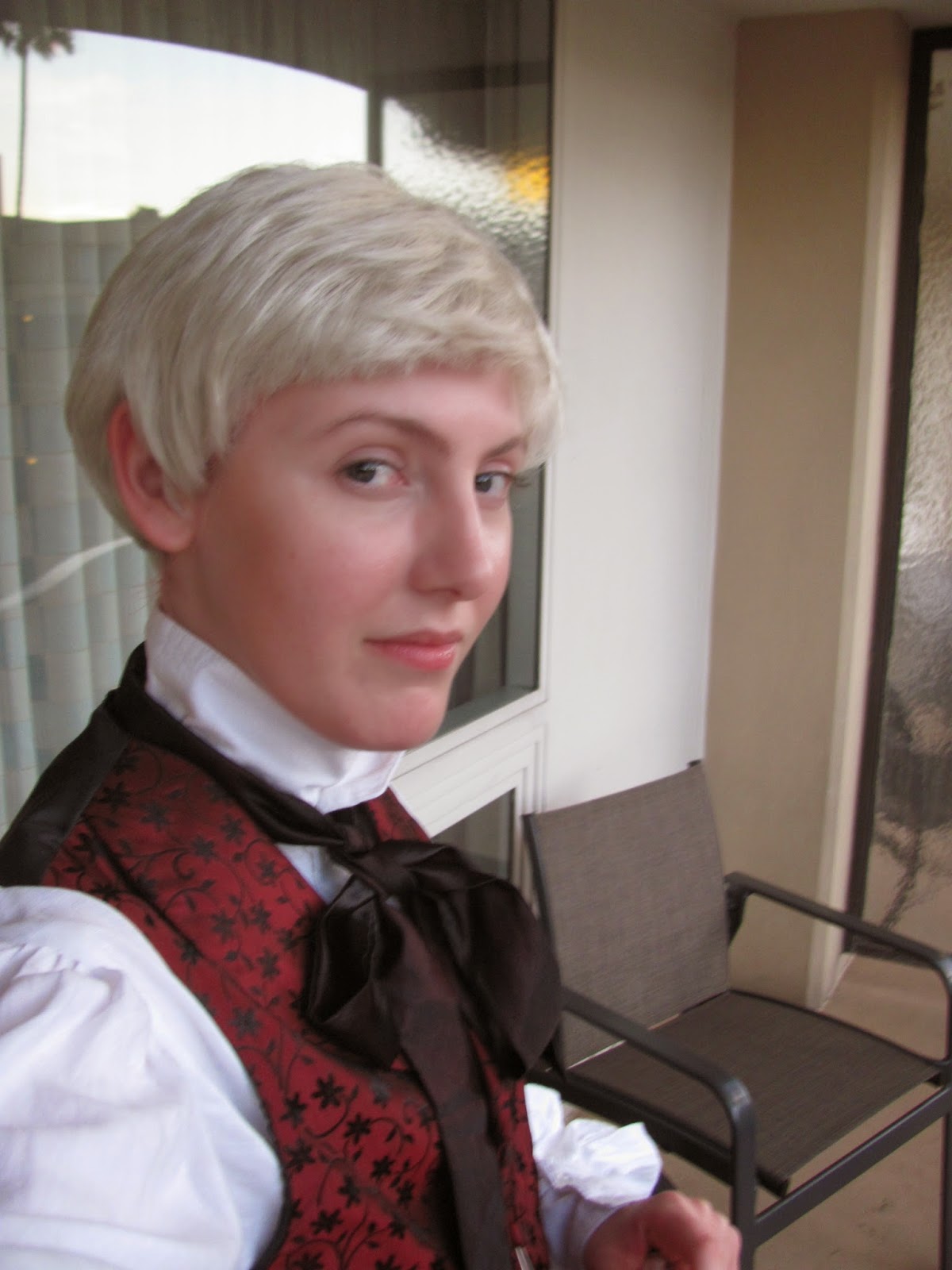 Took this pic ’cause I wanted to see how it looked in natural lighting. If I got enough of my girly makeup off.
Clearly, I didn’t. But I also decided I didn’t really care at that point. Plus, panels.
Before I changed at night Jey took some hallway pics for me though. 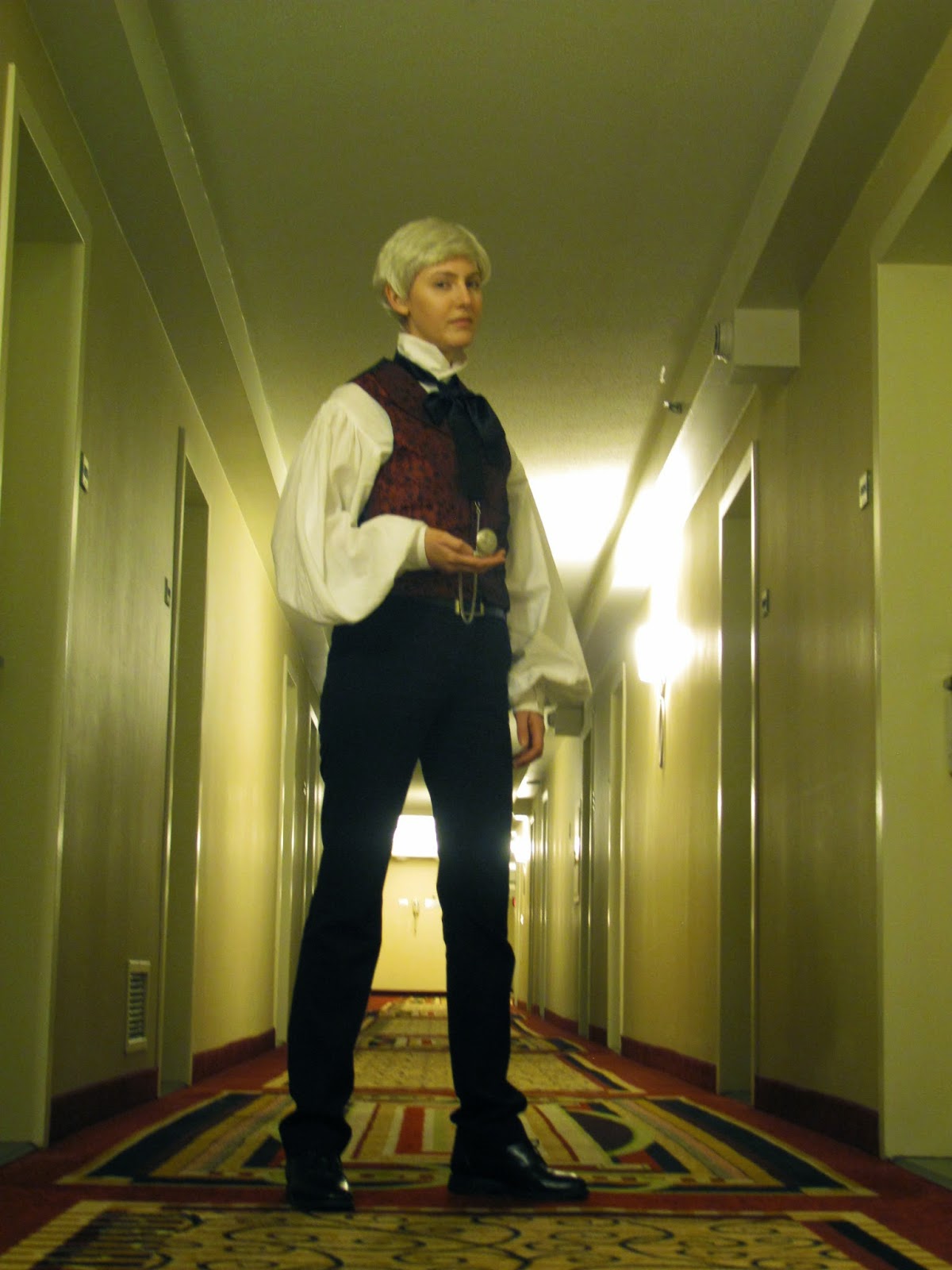 So flattering XD
Not. 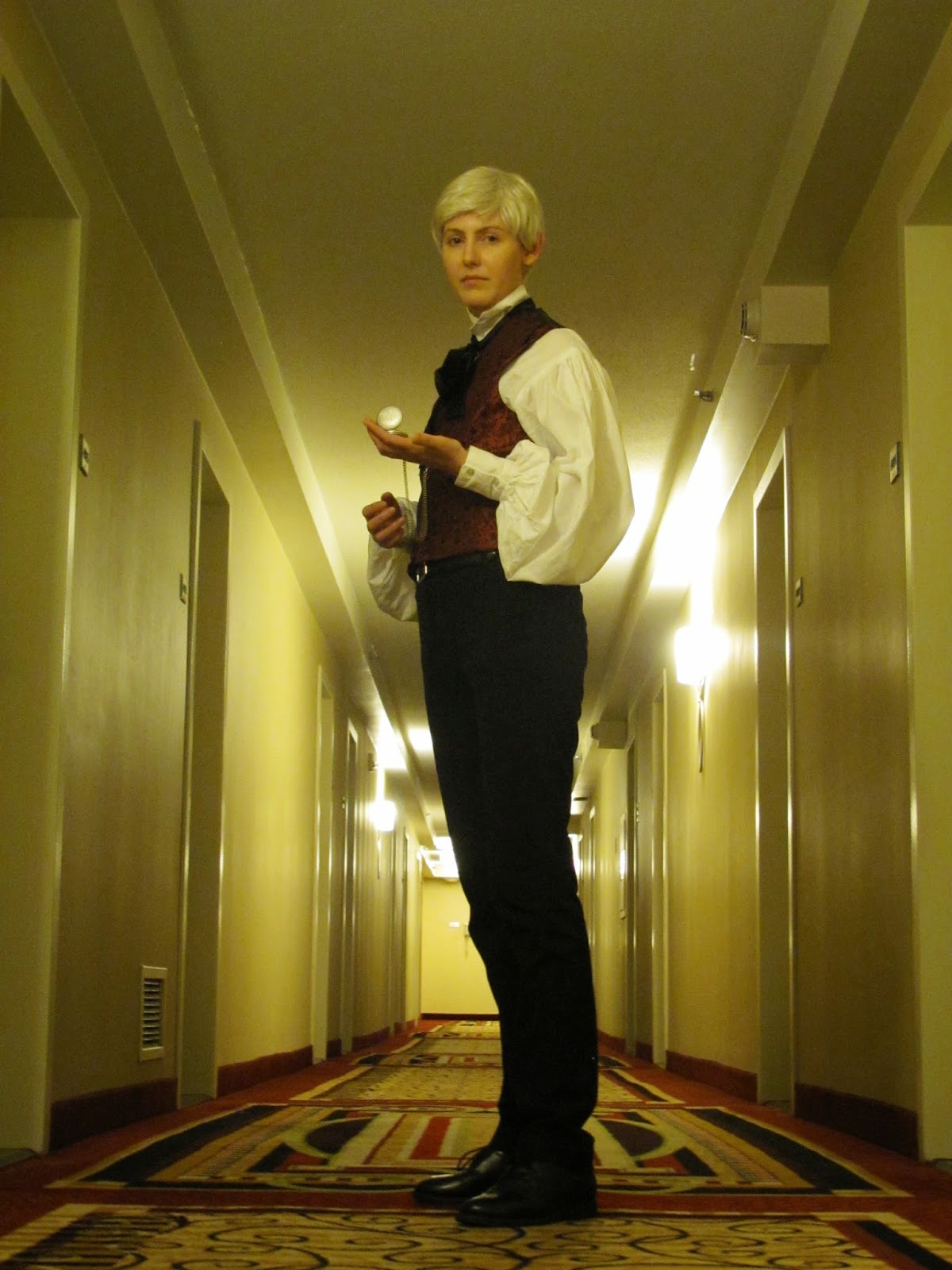 It’s basically a new costume though! New shirt, different trousers (still storebought trousers though), different waist coat. This fabric was my original waistcoat choice, I almost finished it and then I decided to do the two versions with Lyn and I didn’t have enough of this one. So I had to use my second choice fabric for that duo.

Then I went out for a ladies dinner for Valentine’s day, and so missed the masq completely. 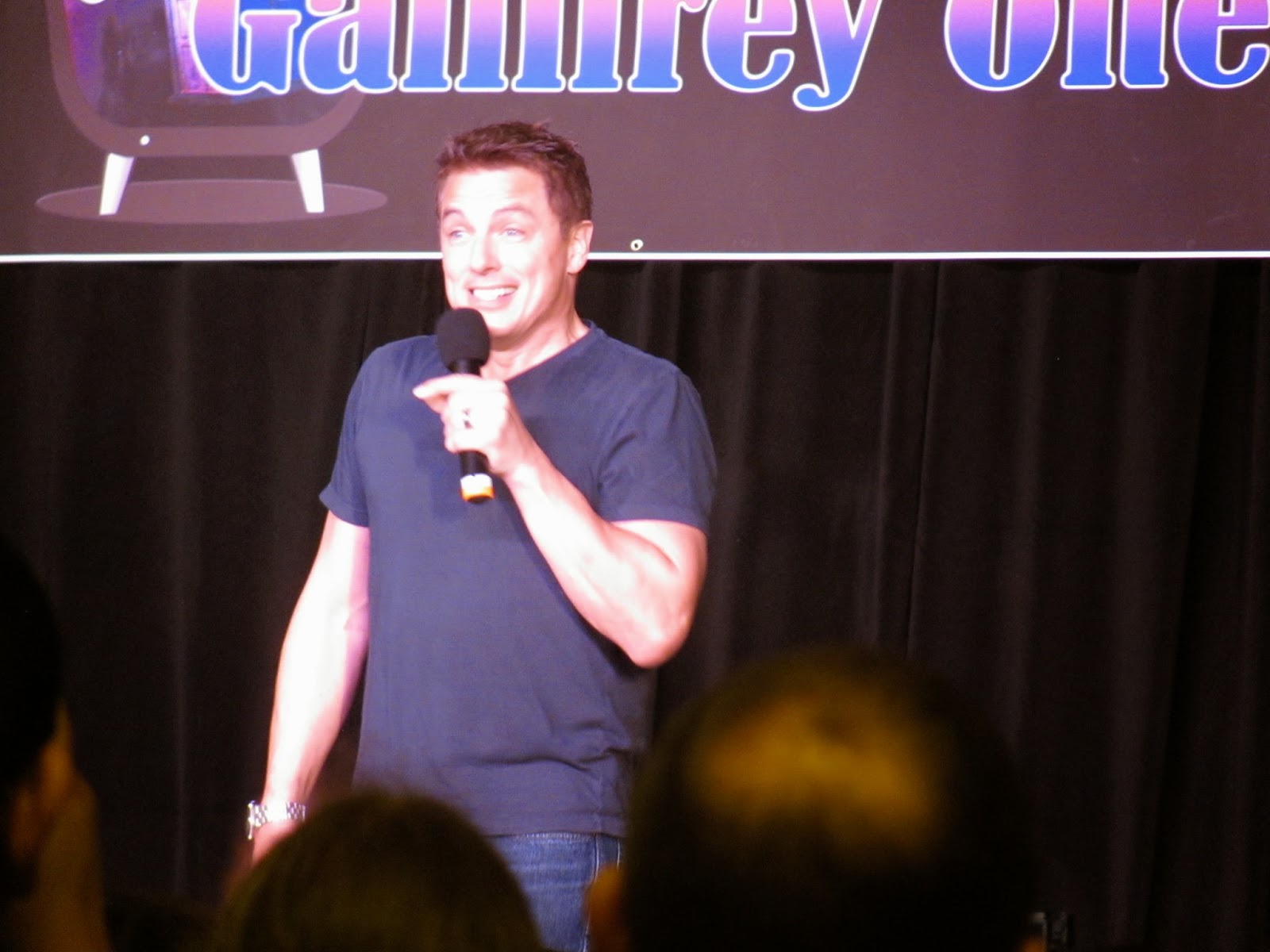 Barrowman panel!
He was hilarious, as expected. 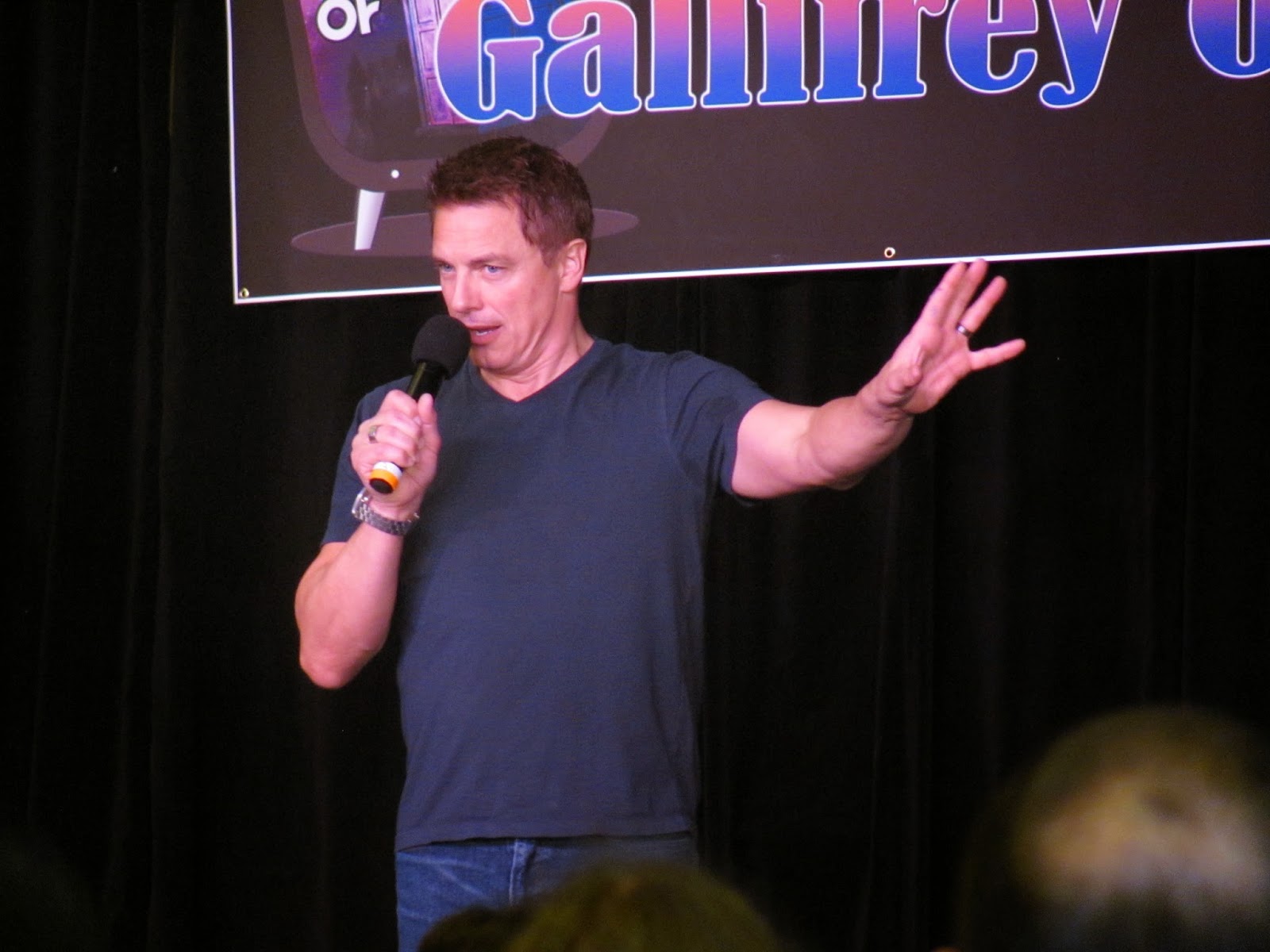 He moves around soooo much though, it was hard to get a good picture.
I LOVED his story about meeting Lucas, super cute. 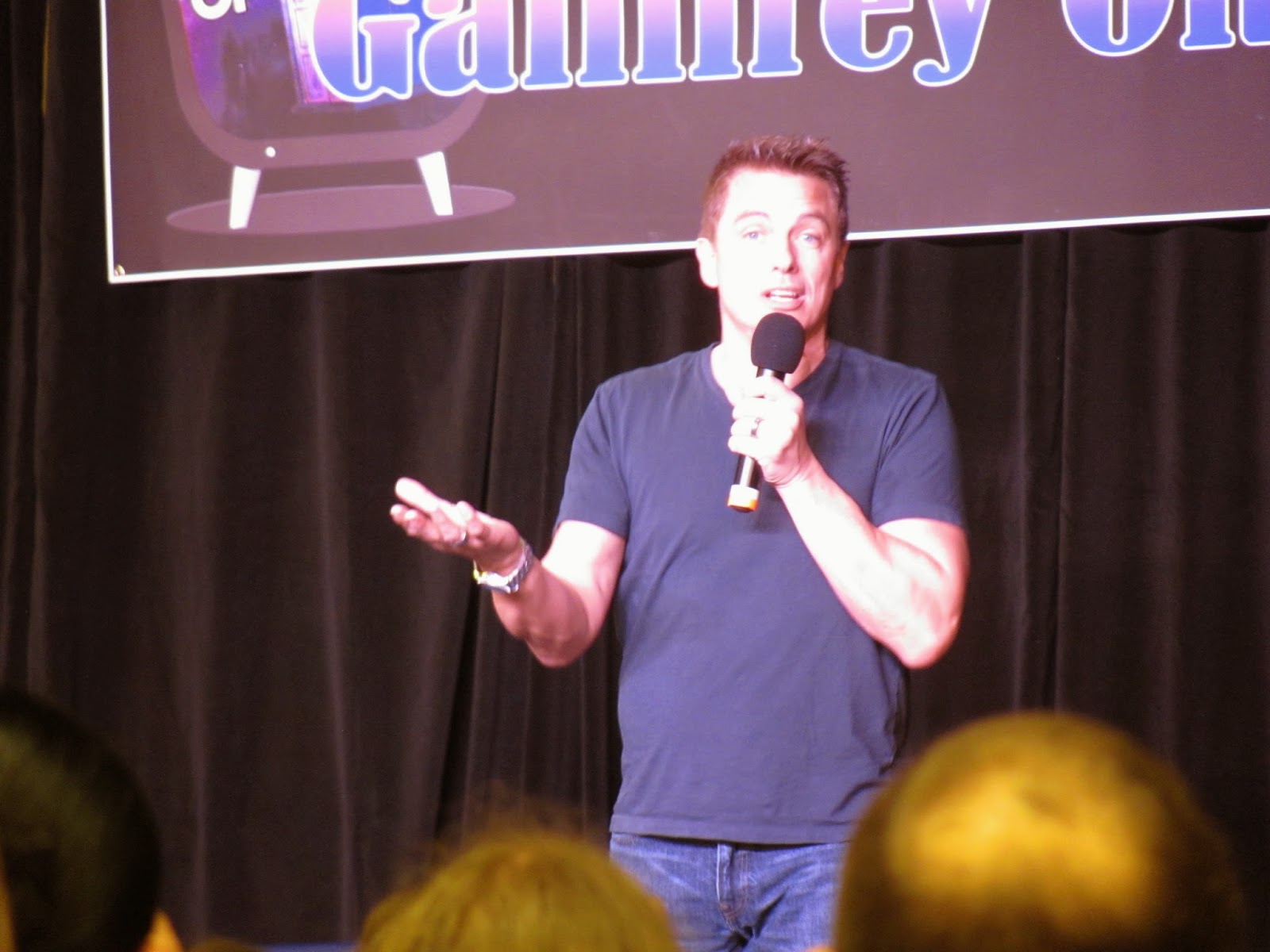 I really don’t know what most of these photos are in relation to, he’s super spastic so these are just the ones that weren’t blurry! 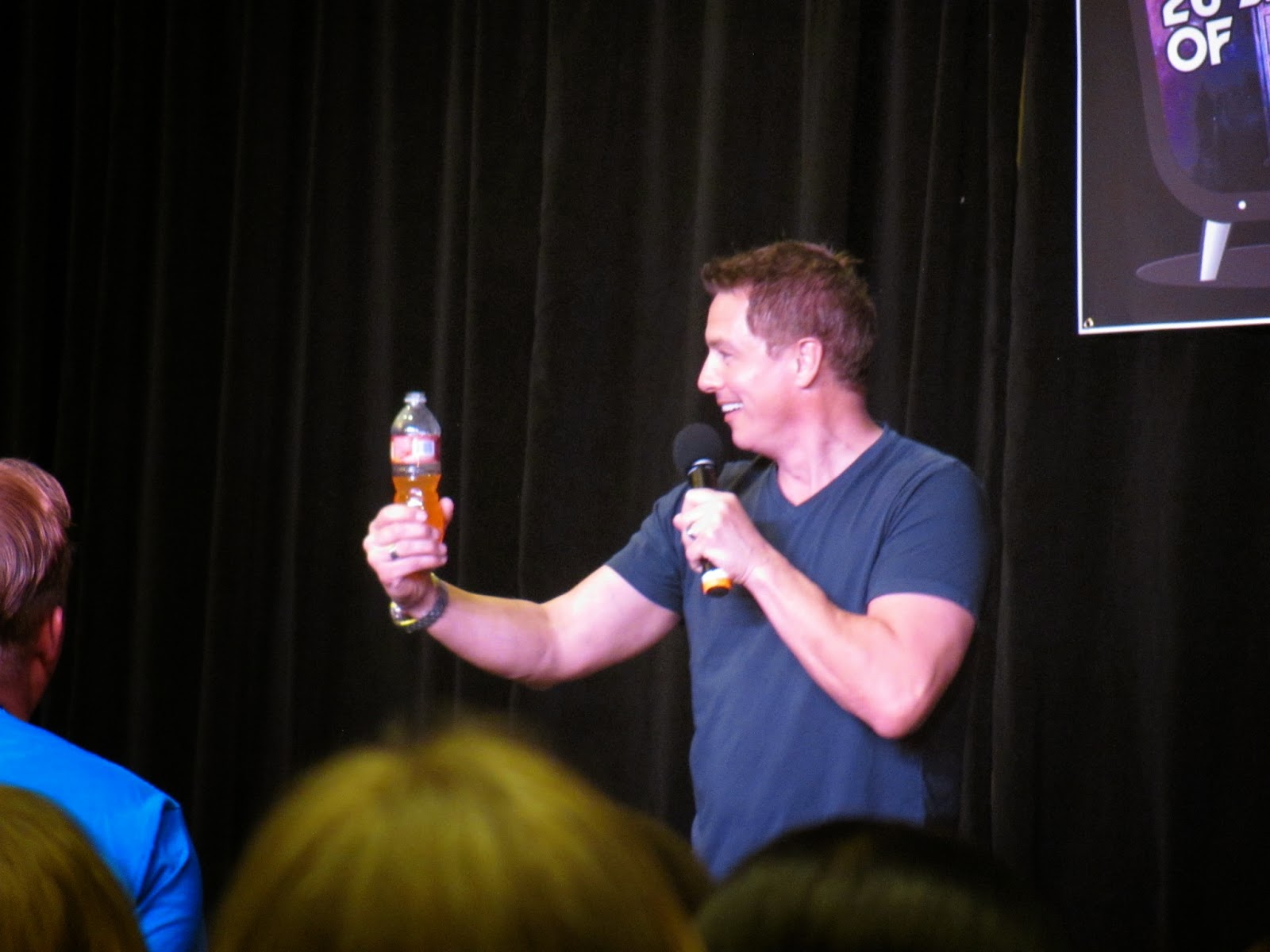 This I remember. He asked his assistant for his drink. And then was like wtf why is it orange. They put something in it but he didn’t know what, and it was a little fizzy and he drank it anyway. But he made a big production out of it, it was cute. 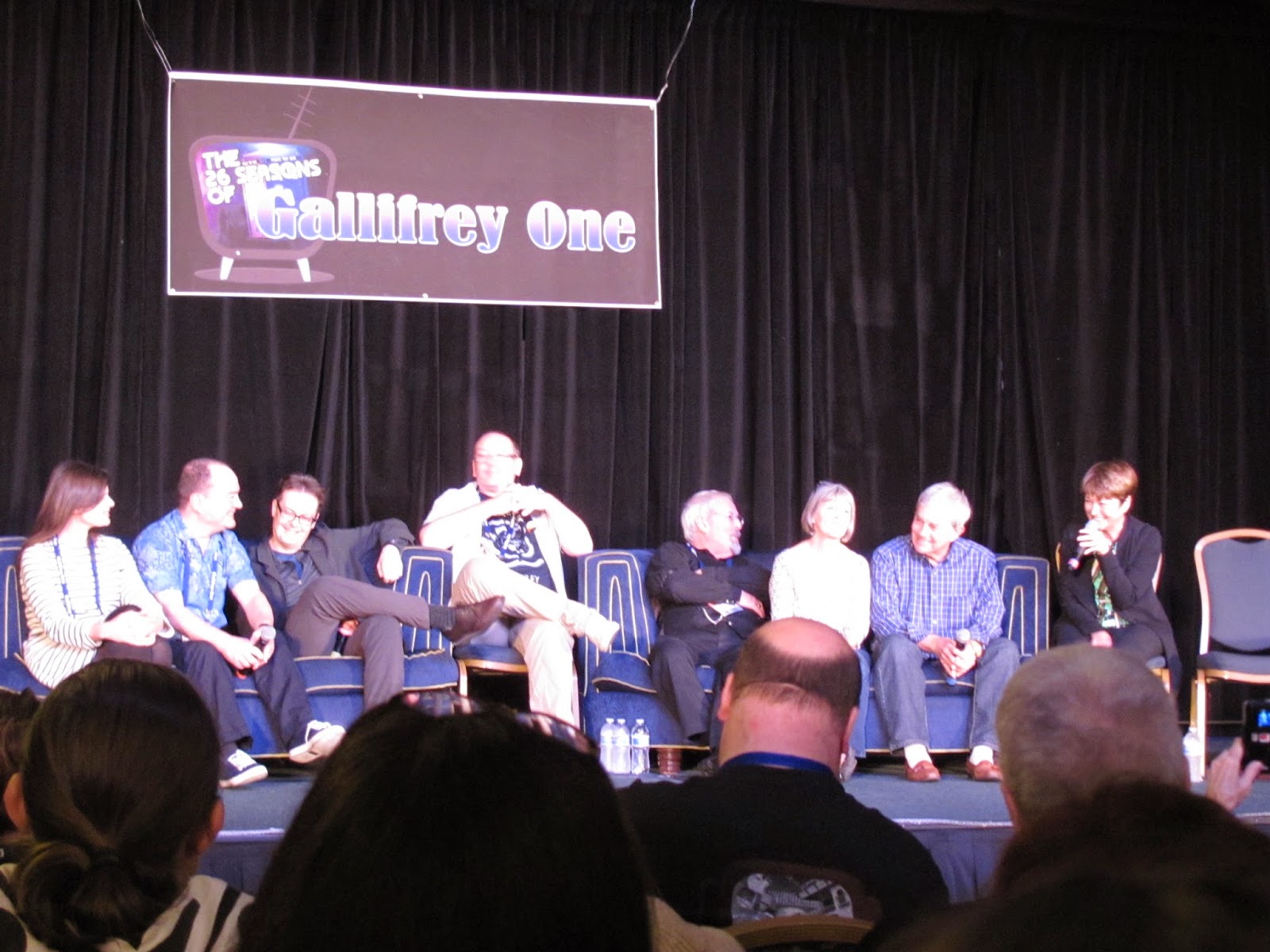 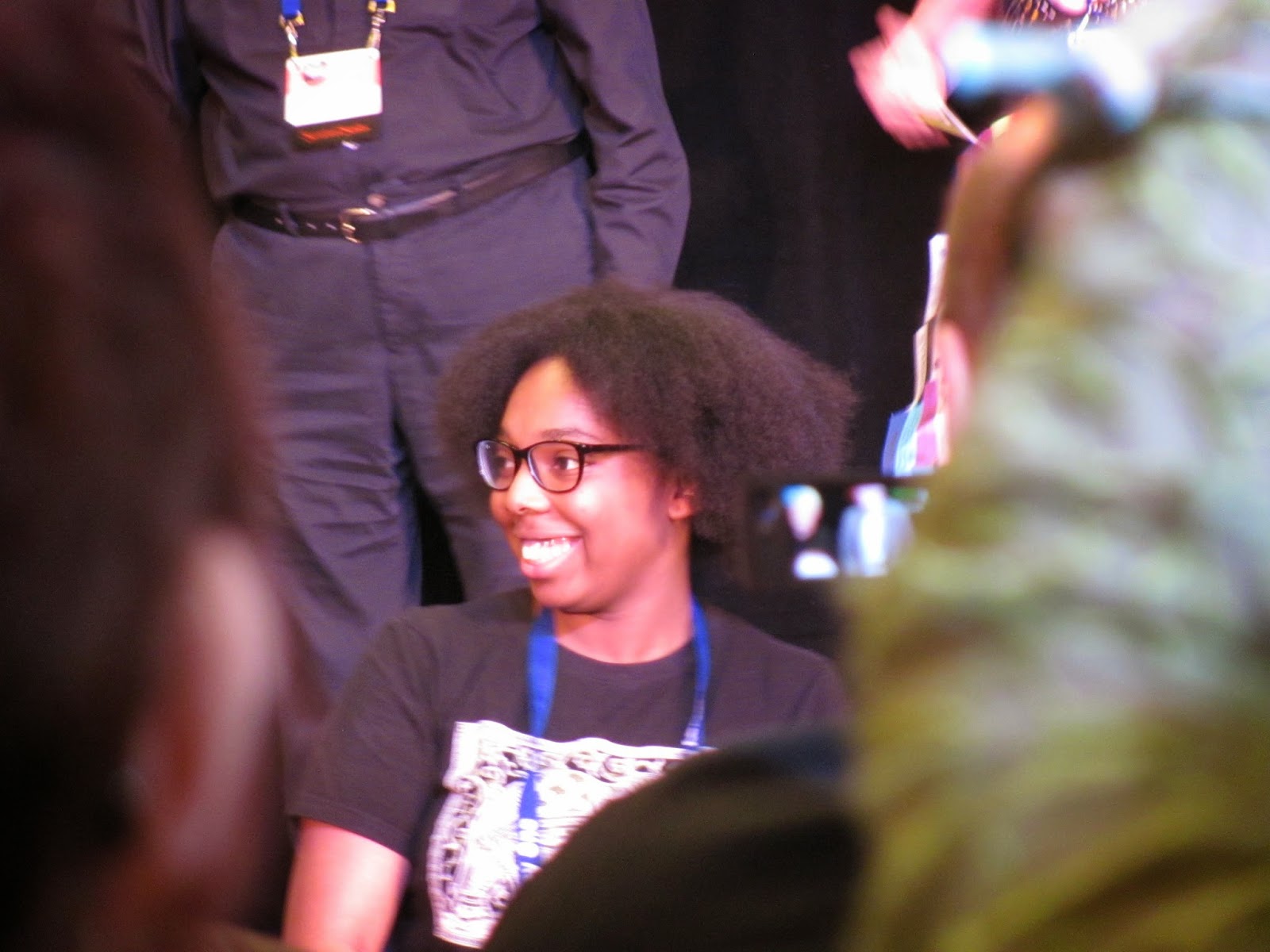 Cute pic of Ellis George at closing ceremonies. Her ribbon collection was massive, she probably got every single one!

All in all I did have a good time, but mostly because I went to a lot of very enjoyable panels. I didn’t cos much, I didn’t run into many people I knew (I think my general crowd is slowly not going anymore :/) so it was strange in that way.

Still debating on next year!