So February’s challenge was to make a bag, but specifically from a pattern you haven’t used before. That was the challenging part for me XD I’m not that great at following directions.
As I mentioned in my inspiration post, I chose to do the “Dubstepper” messenger bag by Robert Kaufman. 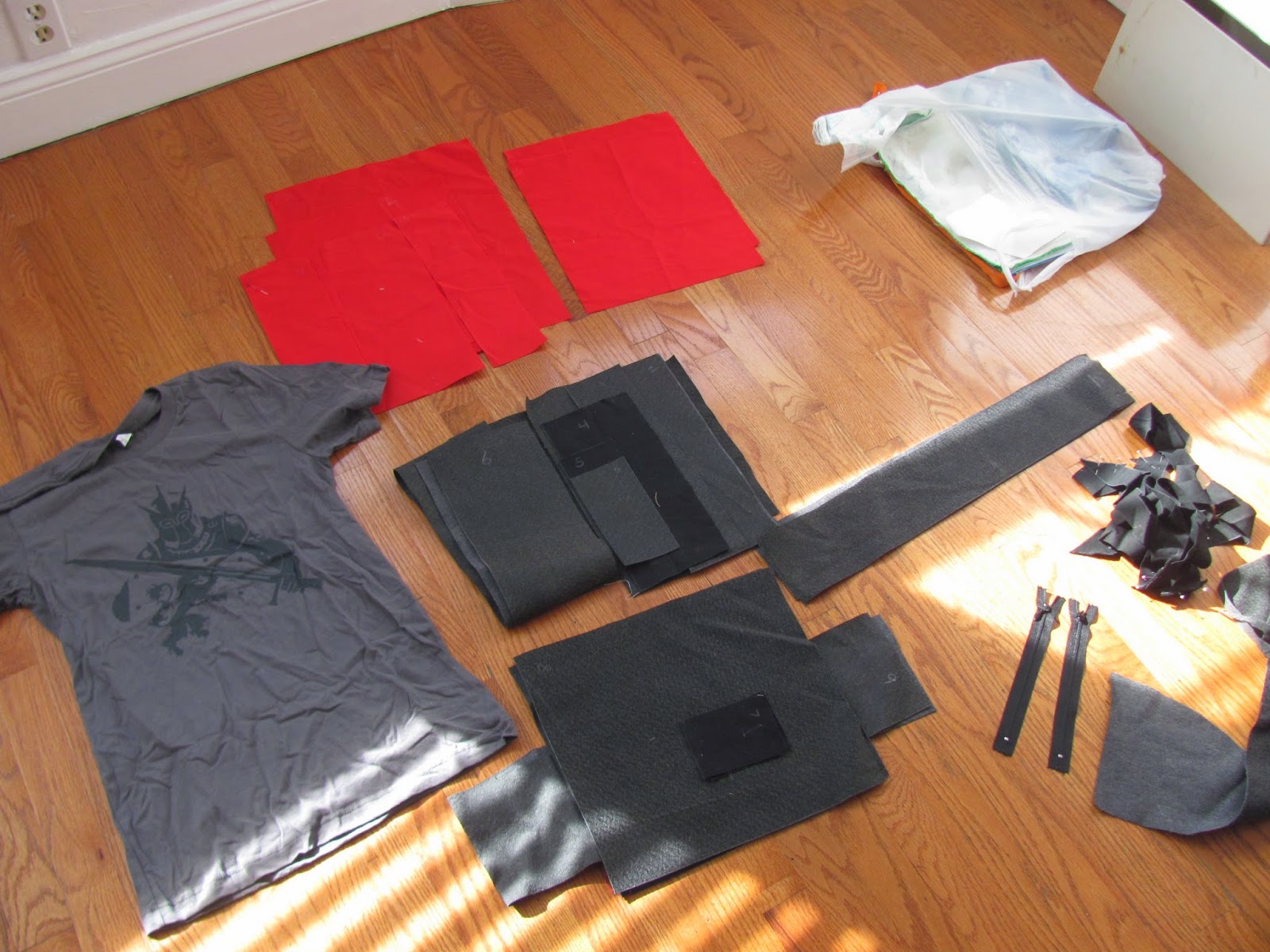 All excited for my project, I took that picture on Feb 1st!
And that’s really as far as I got until March 7th. Just miscellaneous life things.

A’ight so, process and completed bag!

Materials!
The black is leftover from my Scream of the Shalka Doctor costume, the grey is left over from the Captain Jack Harkness coat I made. Photobucket is being screwy, this isn’t as good a pic but maybe a better link.
The Tshirt is from San Diego Comic Con 2014, at the end of the Game of Thrones Experience they gave you a shirt. At the time I hadn’t watched any, just read it. So I didn’t know what I was getting anyway XD In hindsight I should have gotten a different size to give to my brother. The red lining is plain broadcloth from who knows what and is just because I thought that would be hilarious.

Close ups of the shirt! 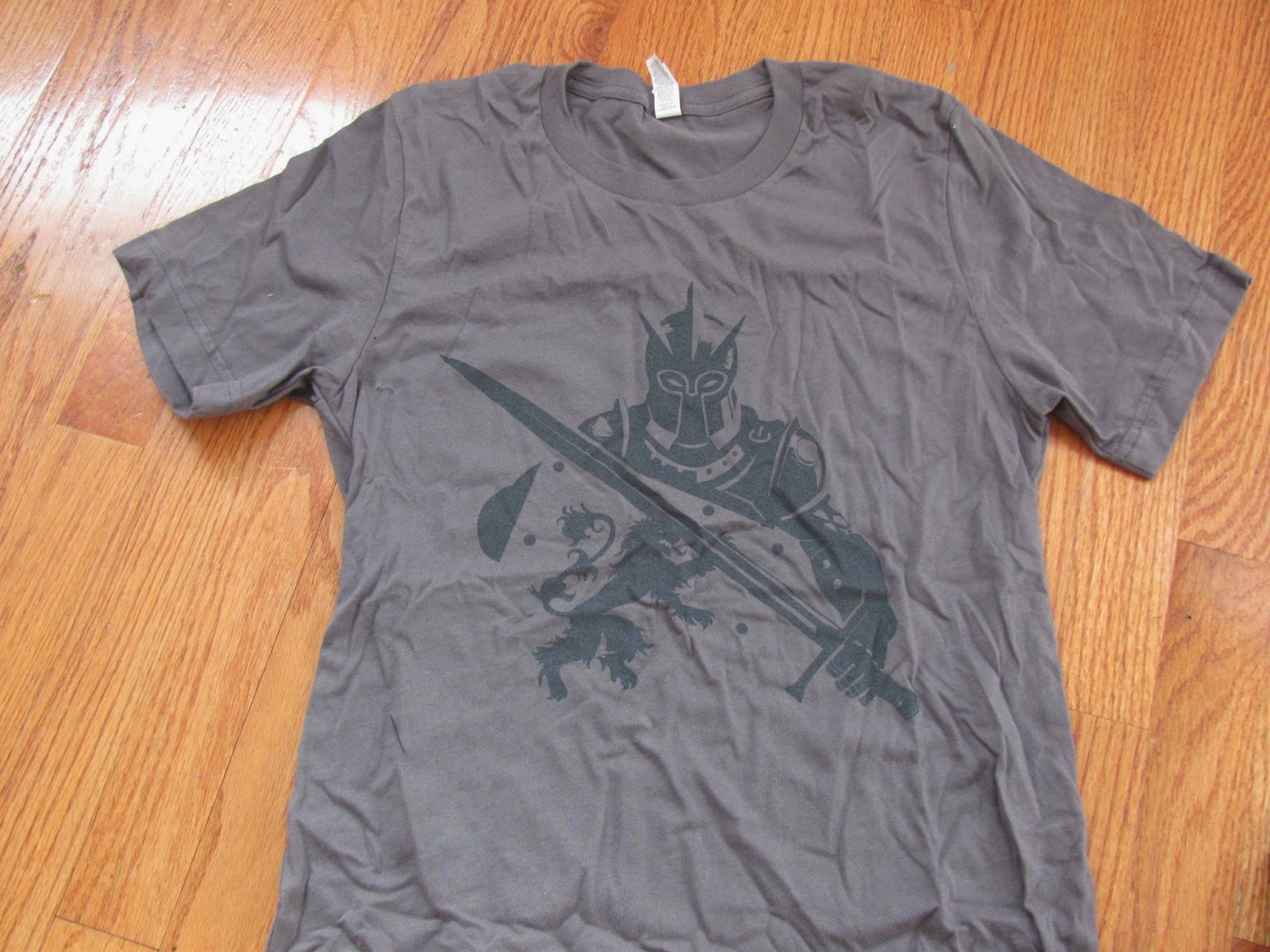 I didn’t know what this was supposed to be. Someone told me The Mountain? But then someone else told me it’s a generic Kings gaurd. Looks cool though. 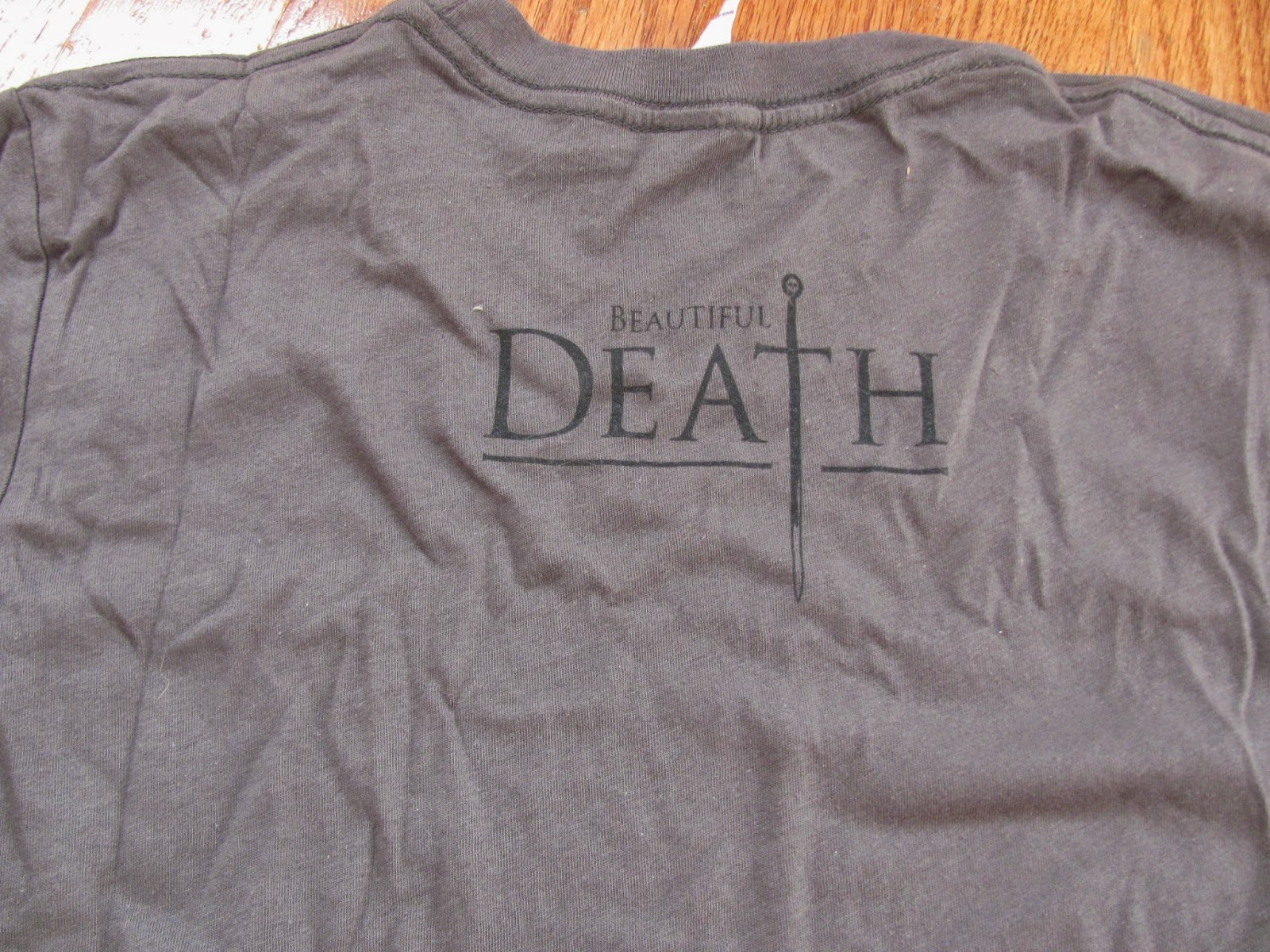 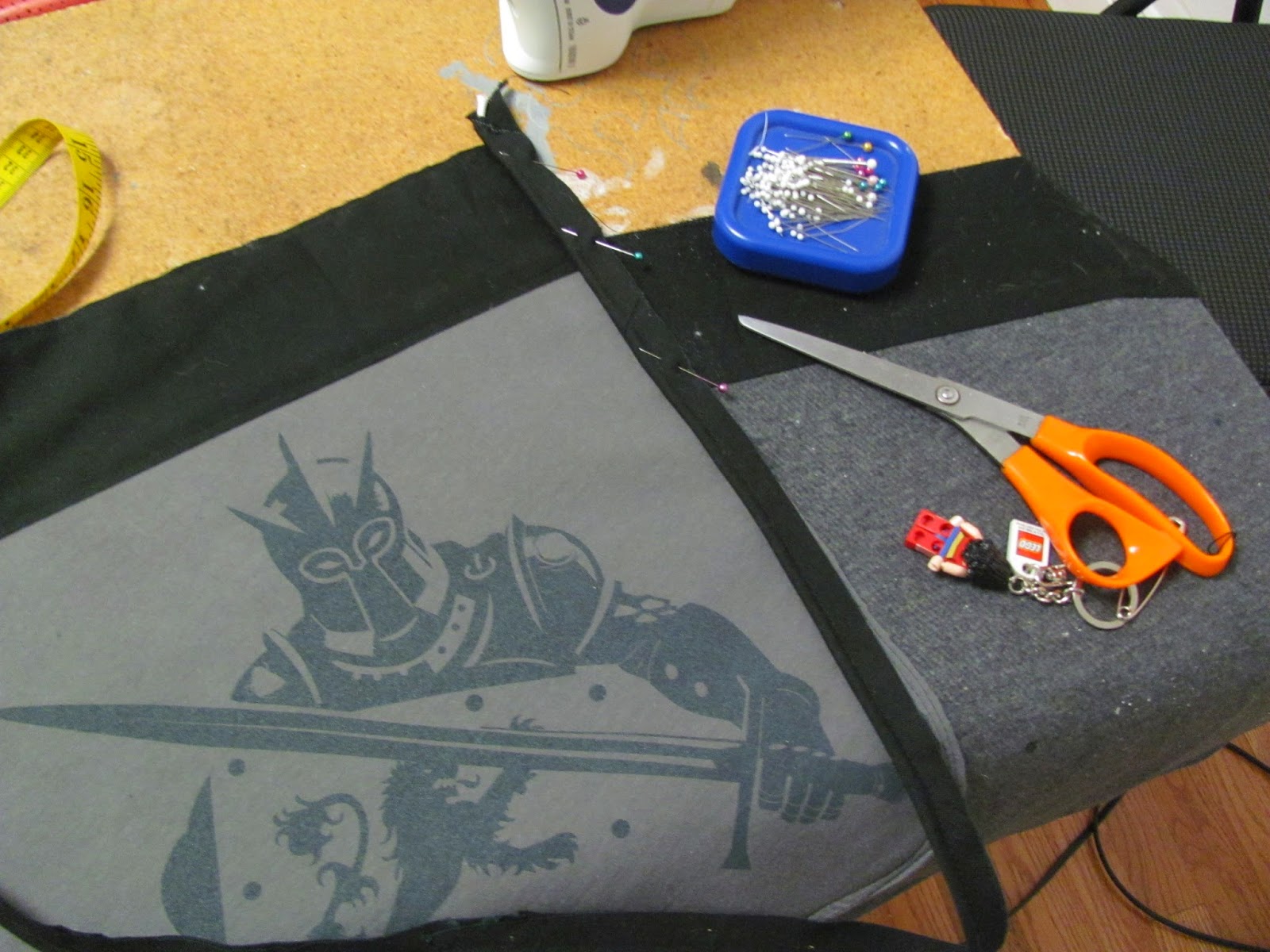 I ended up adding a panel to the top of the flap, because I wanted the Tshirt design to be only on the front. And I didn’t realize until I started putting it together that the piece would fall the way it was going to. And I skipped the handle there since I also skipped the magnetic snaps, and even if I’d put them I feel like they wouldn’t hold if you actually carried it by that handle. Also added piping, ’cause I love piping. 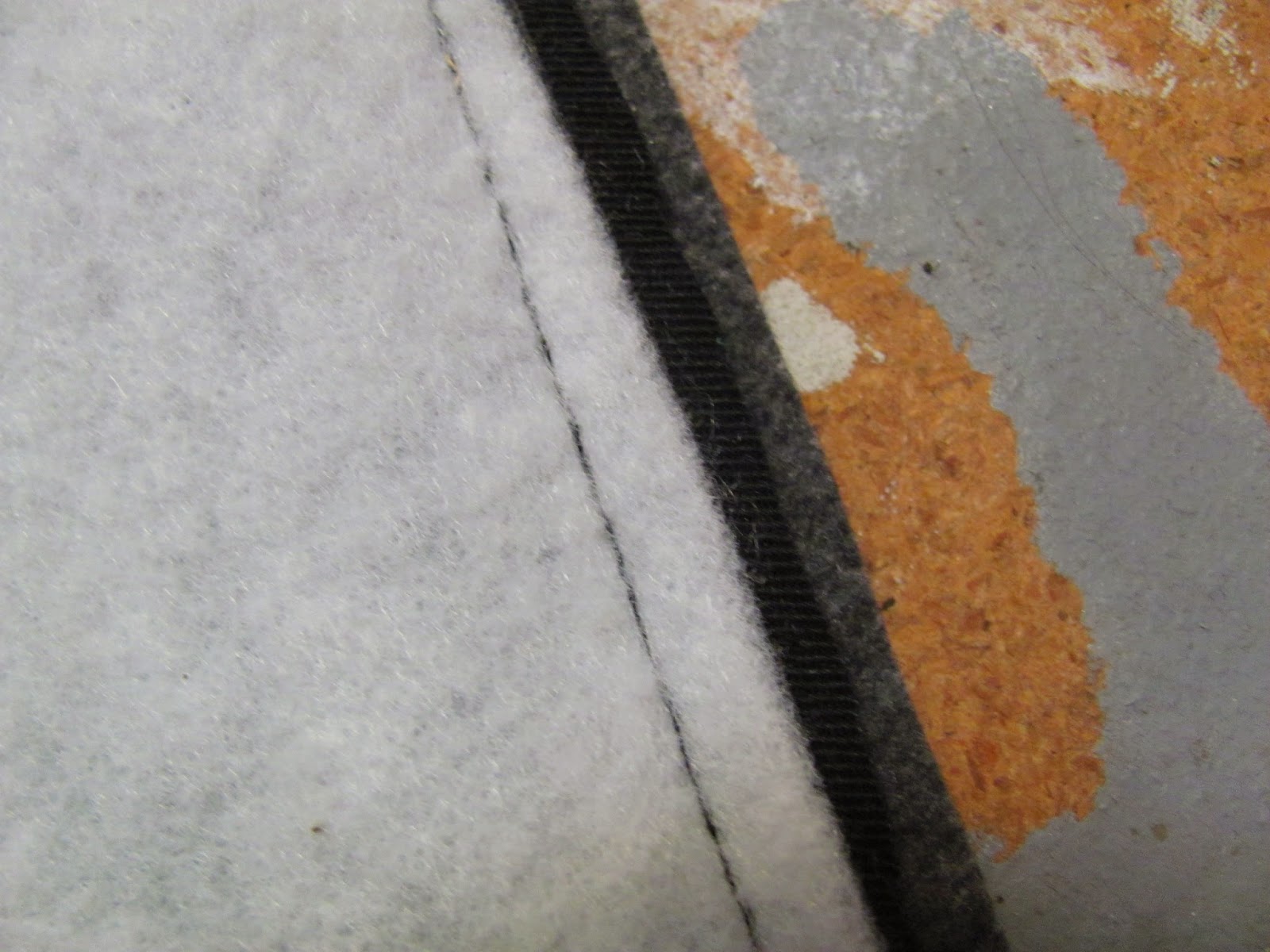 Grading the seams. This bag is SO THICK. I think the amount of interfacing and peltex on this is actually overkill. I definitely won’t be doing it this way again. 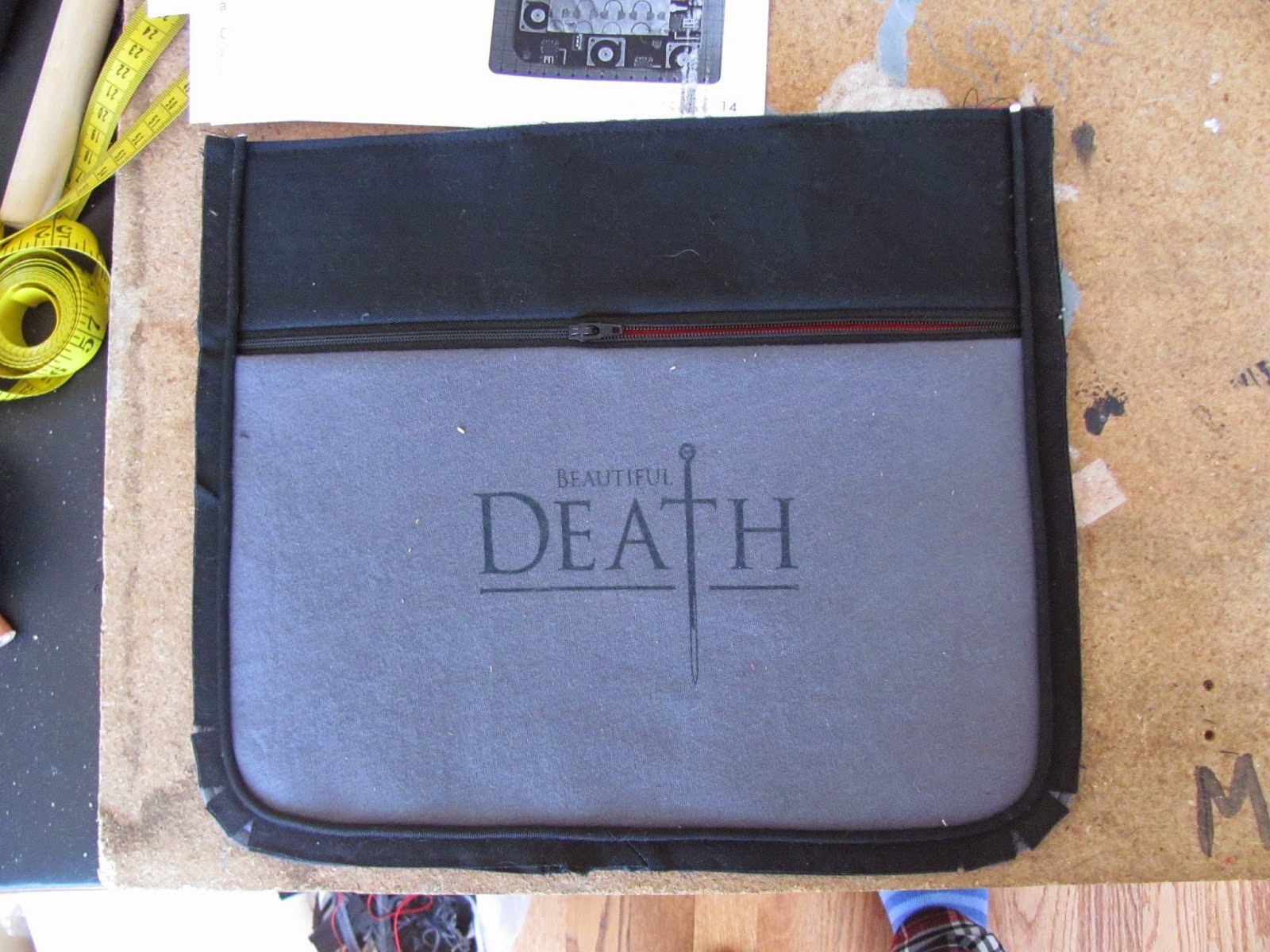 Also in putting it together I realized I forgot about the back of the shirt, so I put this for the back of the back, and swapped out the top with a black panel because my greys don’t match 100% (another reason for the piping to break things up. 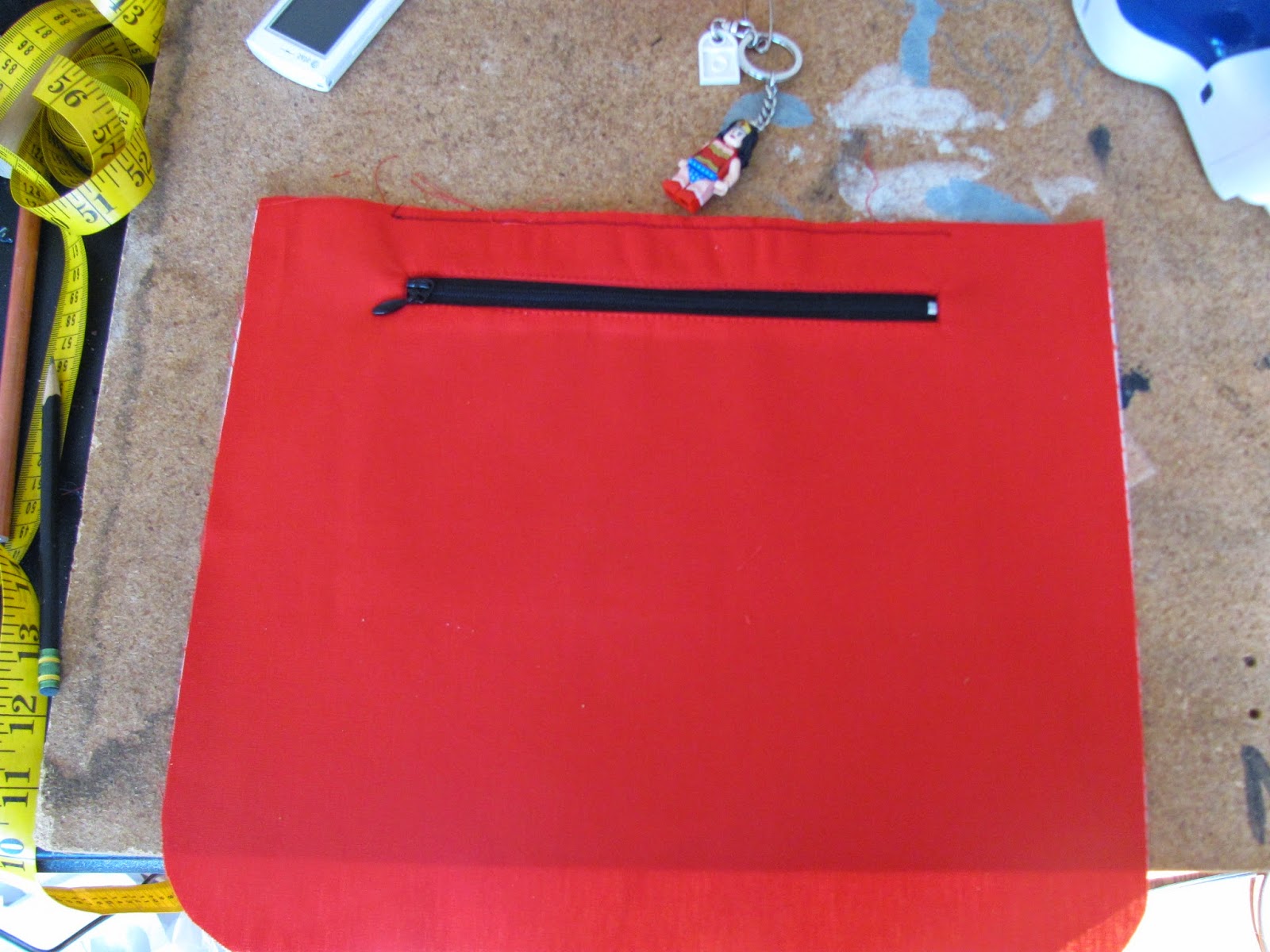 So I started taking in prog pics, and then I realized I wasn’t really going to tutorial this, the pattern is pretty good at the step by step. This is one of the inside pockets. 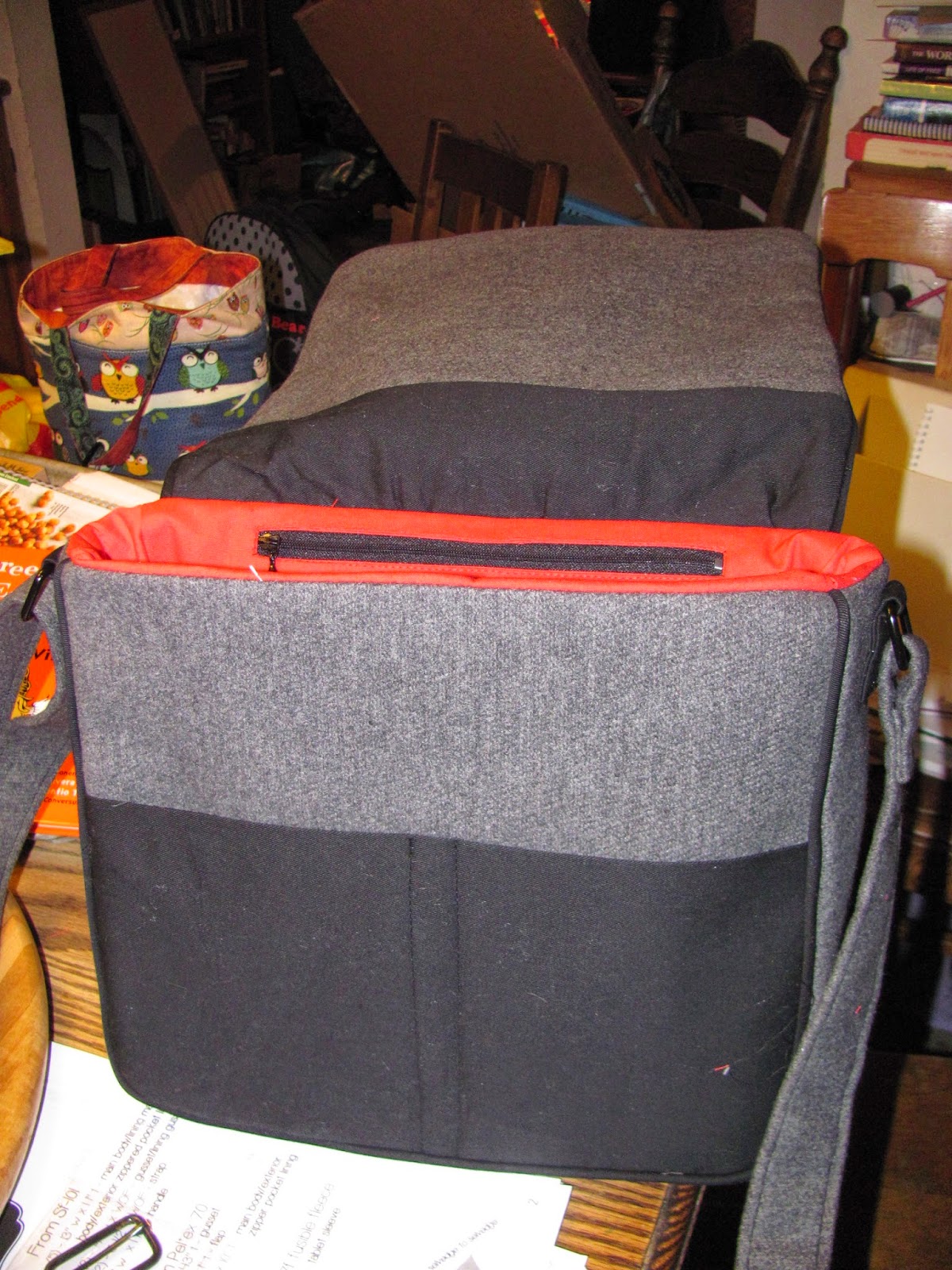 Pre-ironing. Because it was so thick I wasn’t able to topstitch the top.
Oh and I added that outside pocket, to add black to that panel and balance it with the back. 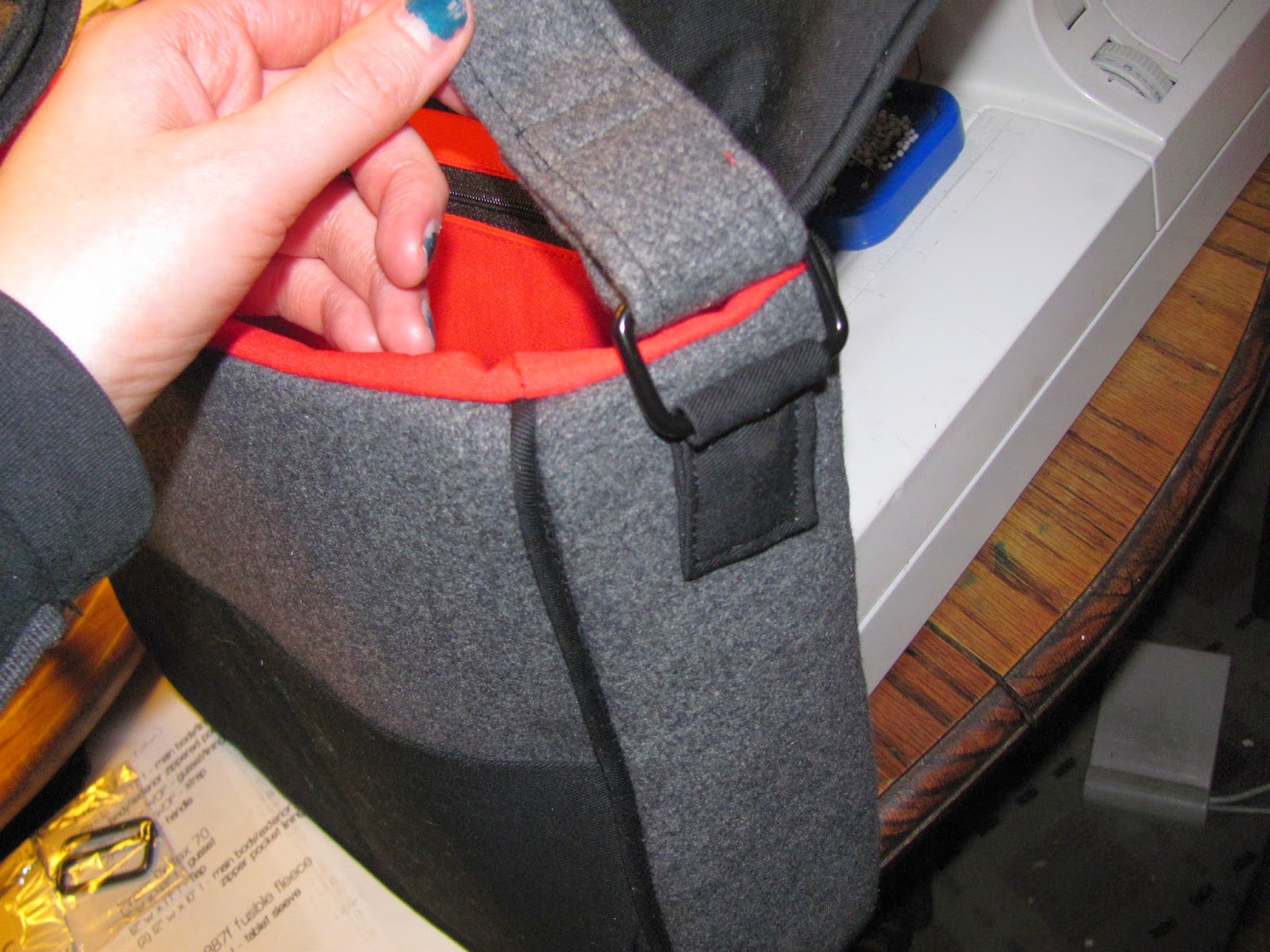 This bit gave me some difficulties as well because of the thickness. The instructions say to put it on after the bag is half constructed, the reason for this is for the gusset you just cut it to the width of fabric and when you attach it trim off the ends. I really didn’t like that part of the pattern, it felt like a lot of waste, especially for the interfacing and peltex. And it meant you couldn’t put the strap tabs on while it was flat.
AND there’s a seam in that piece, so if you put it on the way they say, your center seam wouldn’t be centered. I don’t approve of that malarkey (so I didn’t do it that way). 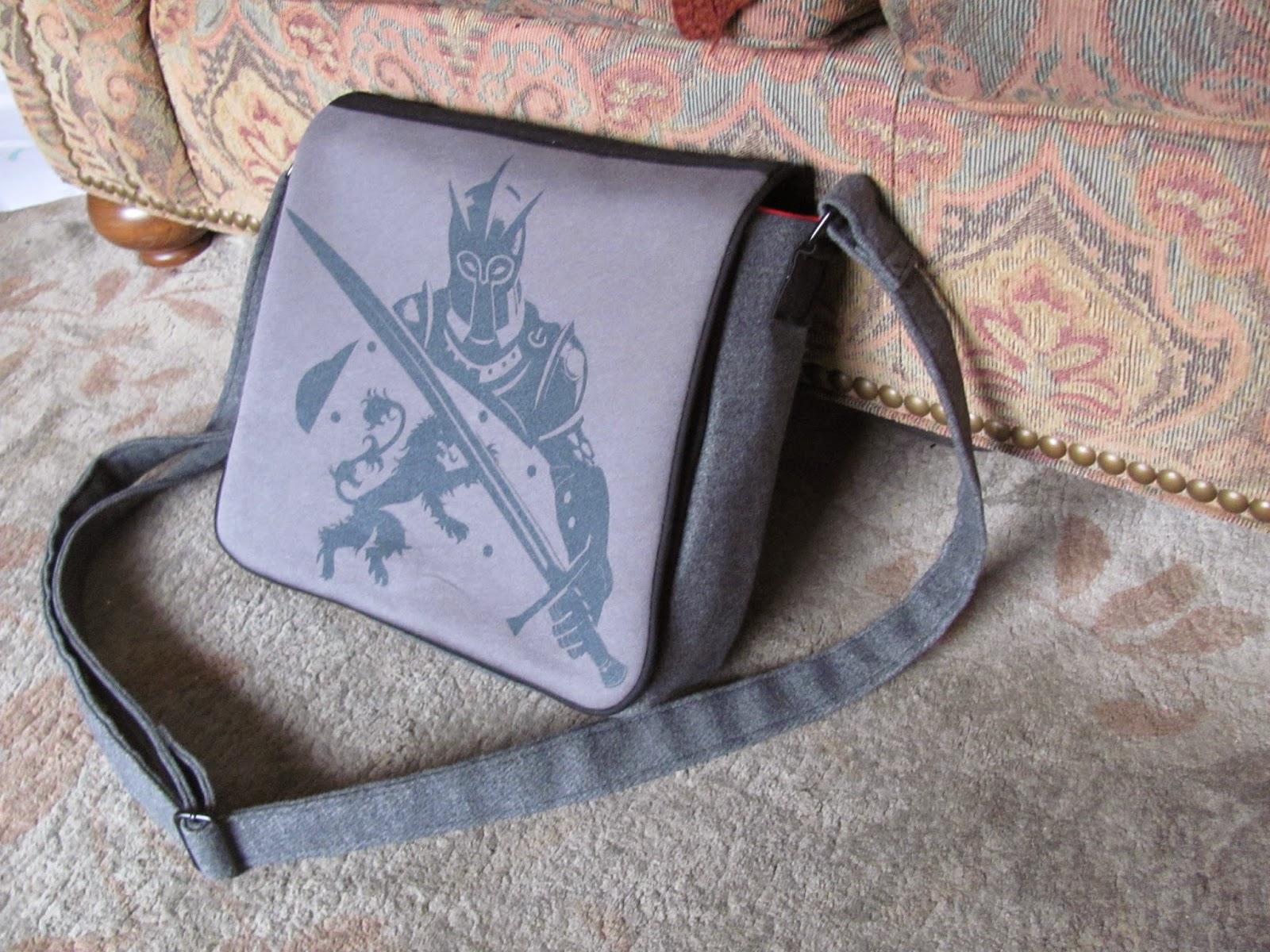 See how stiff it is?
I should note, the pattern also called for peltex in the flap, way overkill. I used some quilting batting instead. 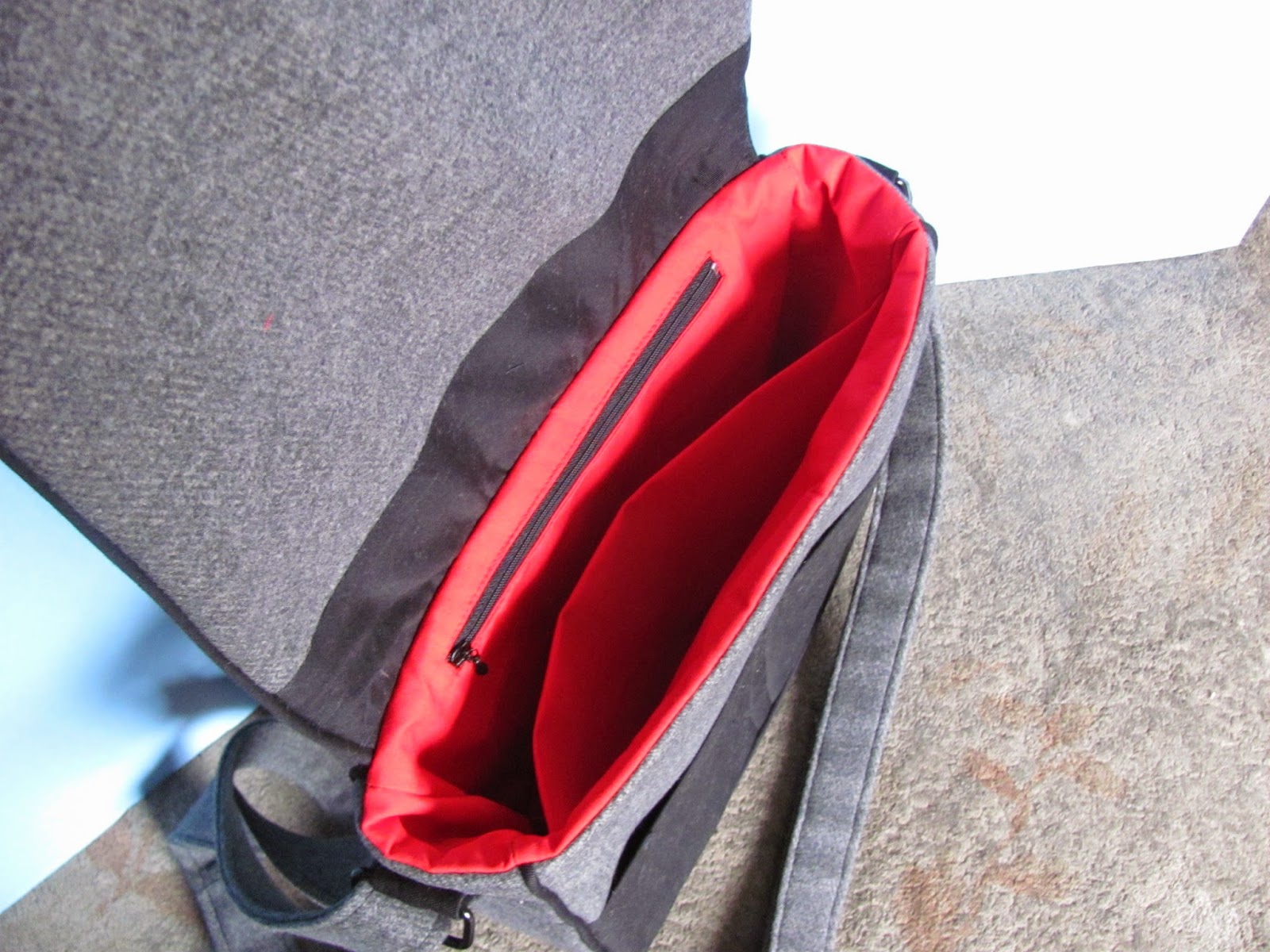 Red lining, appropriate to Game of Thrones I think 8D;; 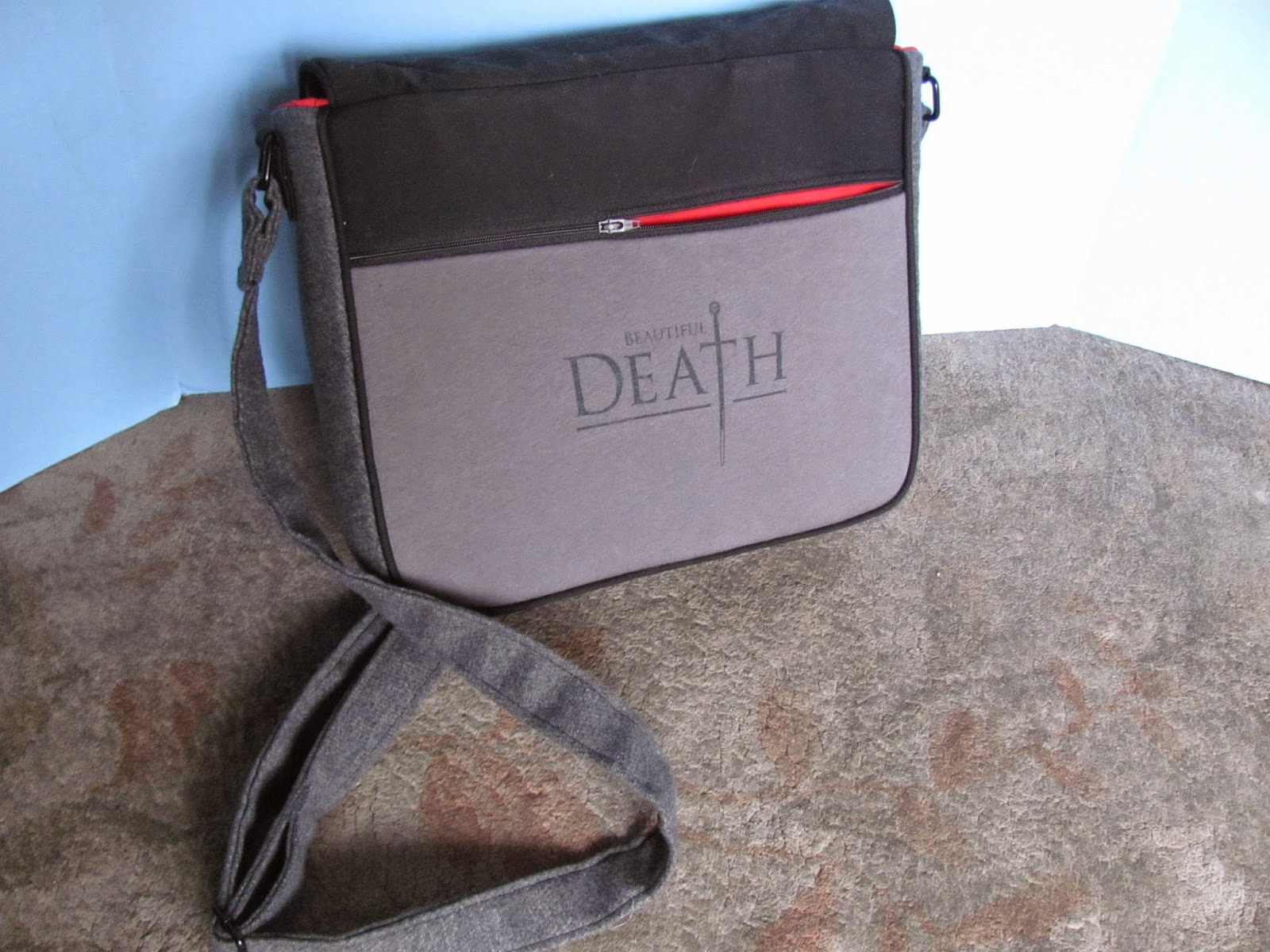 Oh I also skipped interfacing the strap. If using a cotton I’d interface it, but this was an upholstery weight fabric (more reason for the thickness, but I still think I won’t use peltex and interfacing like this again). 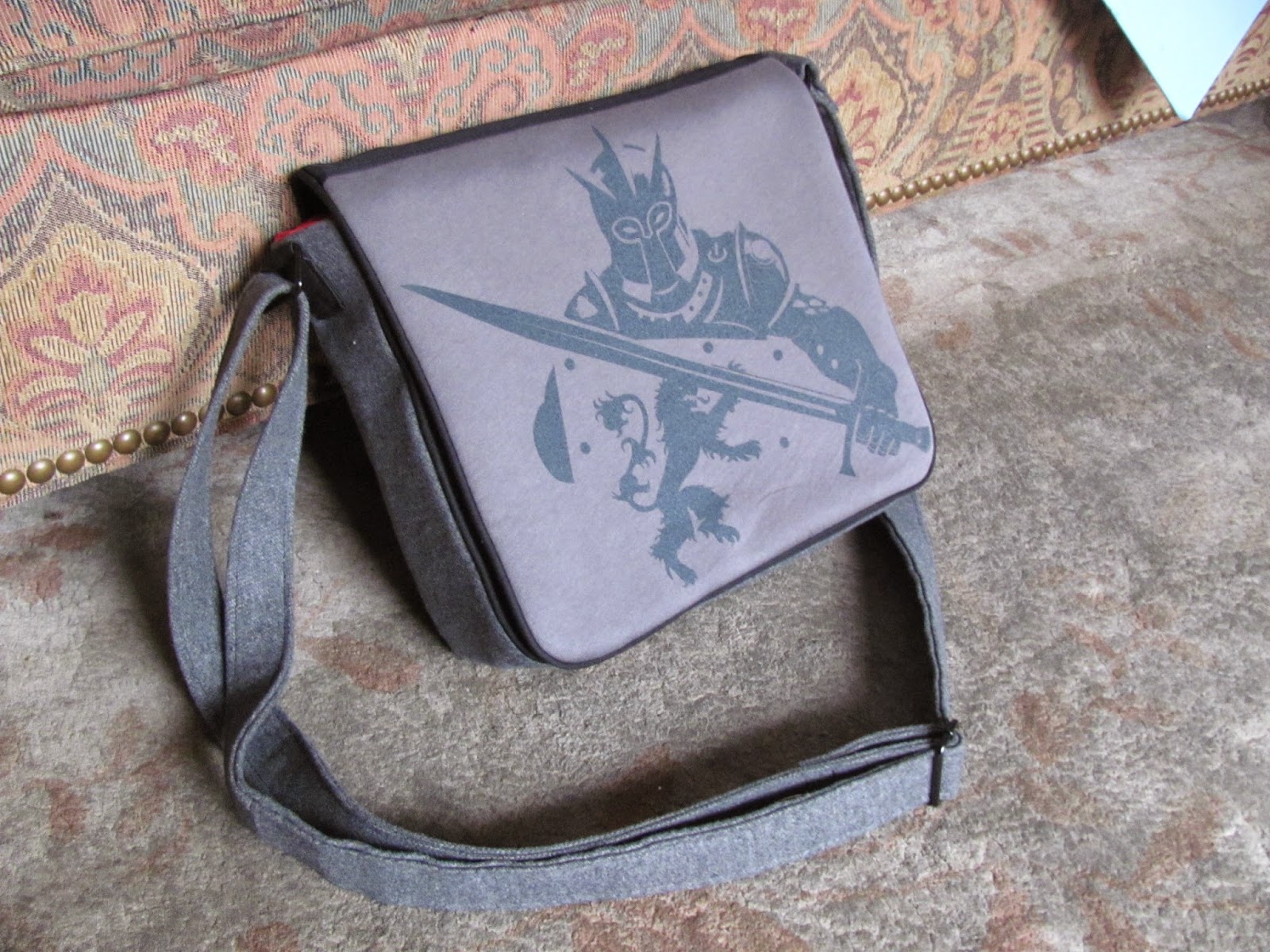 Final pattern notes!
I found it incredibly helpful to number my pieces, which they don’t do. But who wants to write “exterior zipper pocket bottom” on the piece rather than “2”? Exactly.

Anyway, sending it off to my brother for his birthday, so he did get the shirt after all.
But if I’ve overestimated his like of Game of Thrones, to etsy! 8D;;;

2015 Sewalong Challenge #4 Inspiration – Something For The Home