May is over! It was so busy ;_;
I still need to do another wedding dress post, so I’ll leave that out, but other than that I’m just going to photo dump pretty much XD 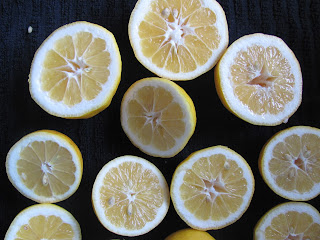 For Mother’s Day, I made Marmalade! 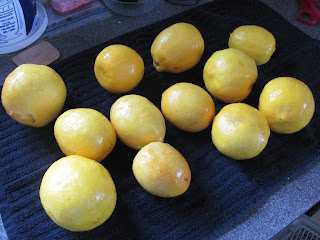 WHAT A CHORE. 12 lemons freshly washed. 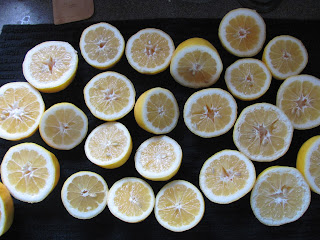 I followed this recipe. I’ve never done anything like this before, but my friend had made marmalade with my lemons and I really like it, so she sent me the recipe she used and I did my best! 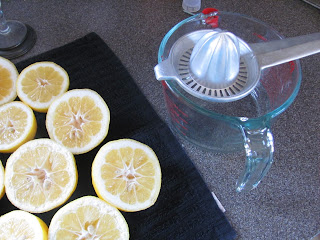 Thankfully one of the random extra dishes my grandpa gave was this juicer. Thankfully because I hadn’t even bothered to check I had one before beginning.
I’m great at forethought. Forever later, all juiced!
Then you have to scrape out all the insides and then slice the peels thinly. 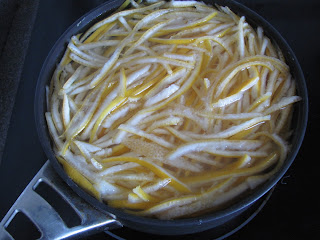 Then you blanch the peels three times. I really don’t know why.
Then you add back the juice and add a bunch of sugar and just… stir FOREVER. Until it sets. I didn’t even know what that meant so had to look it up.
But it didn’t set, and I got tired of waiting. 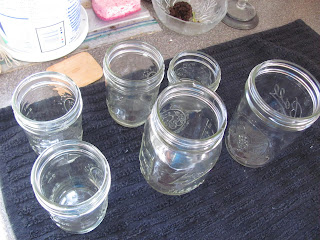 My prepped jars. I didn’t end up filling them all though. 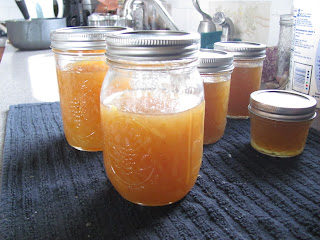 Then you have to boil the jars. I didn’t read the instructions before hand, because who knows why, and so didn’t have a pot large enough. I could only do the three smaller ones, and then the two larger ones on their side. 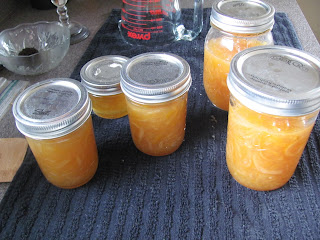 They did actually set! Later. So I don’t know what I was doing wrong that I couldn’t tell? But it’s still delicious. Probably won’t do it again in a hurry though! The whole process took me 6 hours @.@ 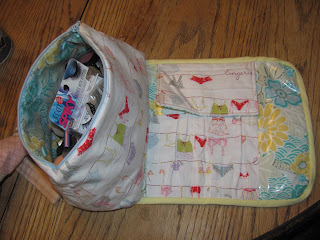 So I actually made this in December, but when I made it I couldn’t find my snap press so gave it to my sister without taking pics. Then later I went and put the snaps in, and forgot to take completed pics. Then AJ mentioned maybe making a makeup bag so I took these pics for her. 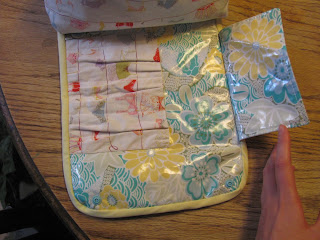 I really like this bag, my sister who’s huge into makeup says it’s great for a travel bag. So I may make one for myself. 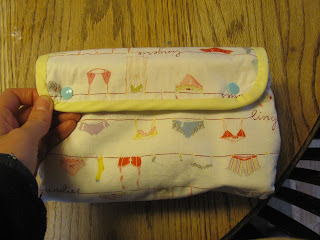 These are terrible pictures I know, but this is the pattern I used, and bonus it’s free! 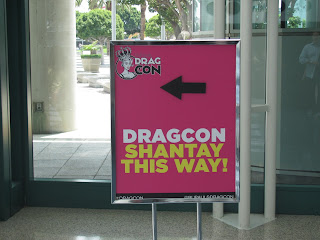 I went to RuPaul’s DragCon in LA, it was super fabulous. But I really didn’t take many pictures, idk why D: 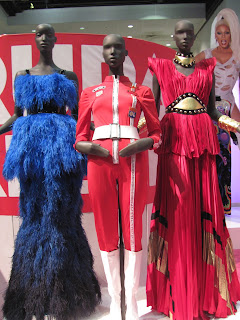 These are some of RuPaul’s outfits, gorgeous. 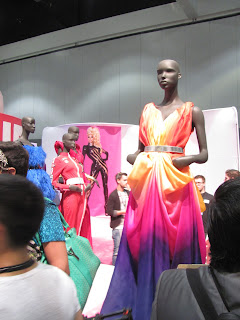 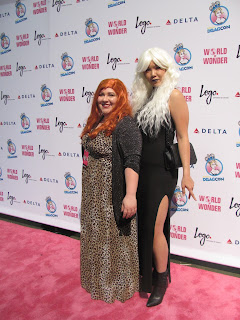 My friends on the pink carpet, they so fancy. 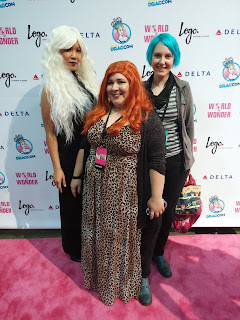 I didn’t dress up, I have nothing fabulous and couldn’t make up my mind in time to borrow something. Plus then I would have had to do my face aaaand, I’m just so lazy. 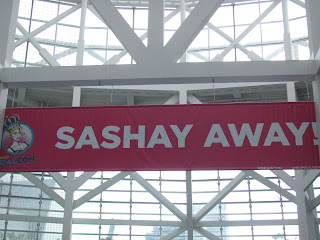 The signs were amazing. I should have taken a pic of all of them.
Ah well.
Moving on. 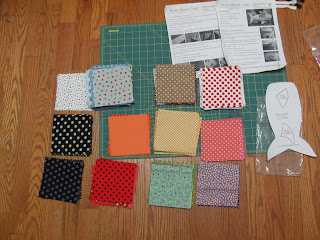 I sorted all these blocks I got from the Northern CA Quilt Rush and then chose some to make my sister this shark pencil case she requested. 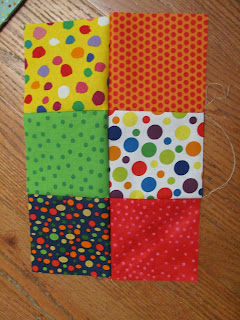 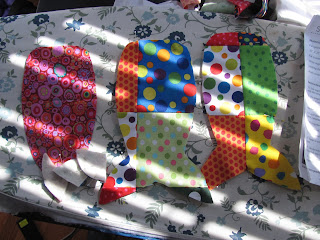 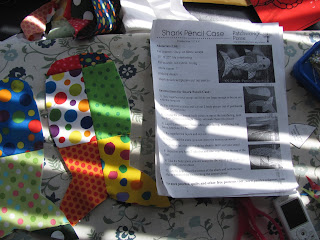 I didn’t read the instructions all the way before starting this (surprise! That’s become a trend with me lately, need to stop doing that…) because I figured how hard can a bag be. So I would have done some things differently. 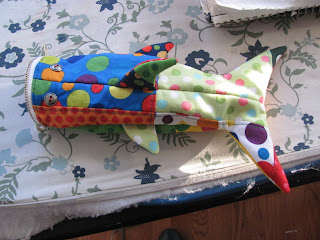 Like the seam in the middle there? Is to make the pouch round (and contain the upper fin), I wouldn’t have put one in the bottom, so the bottom could stay flat. 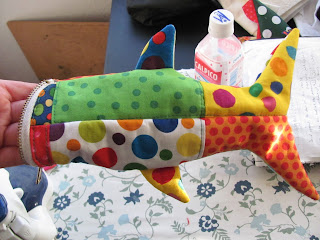 Also it’s smaller than I thought it would be, too small to even fit my hand in, so I’d make it larger if I did it again. 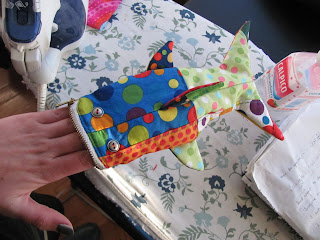 But it still came out pretty cute! Oh and the zipper mouth was really hard and fiddly because of the smallness. 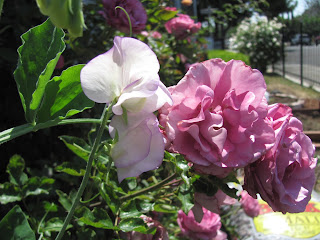 Quick garden shot. The sweetpeas look SUPER cute with my roses. They took so long to come up I thought they weren’t going to, but then they exploded. Nice and fragrant 😀 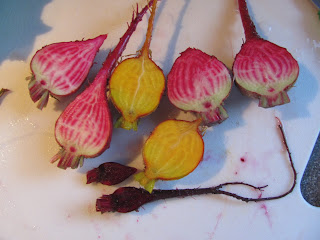