Departure from sewing to do a home improvement post!

So I saw this pin some time ago about making the undersink area pretty, and thought hey I can do that! 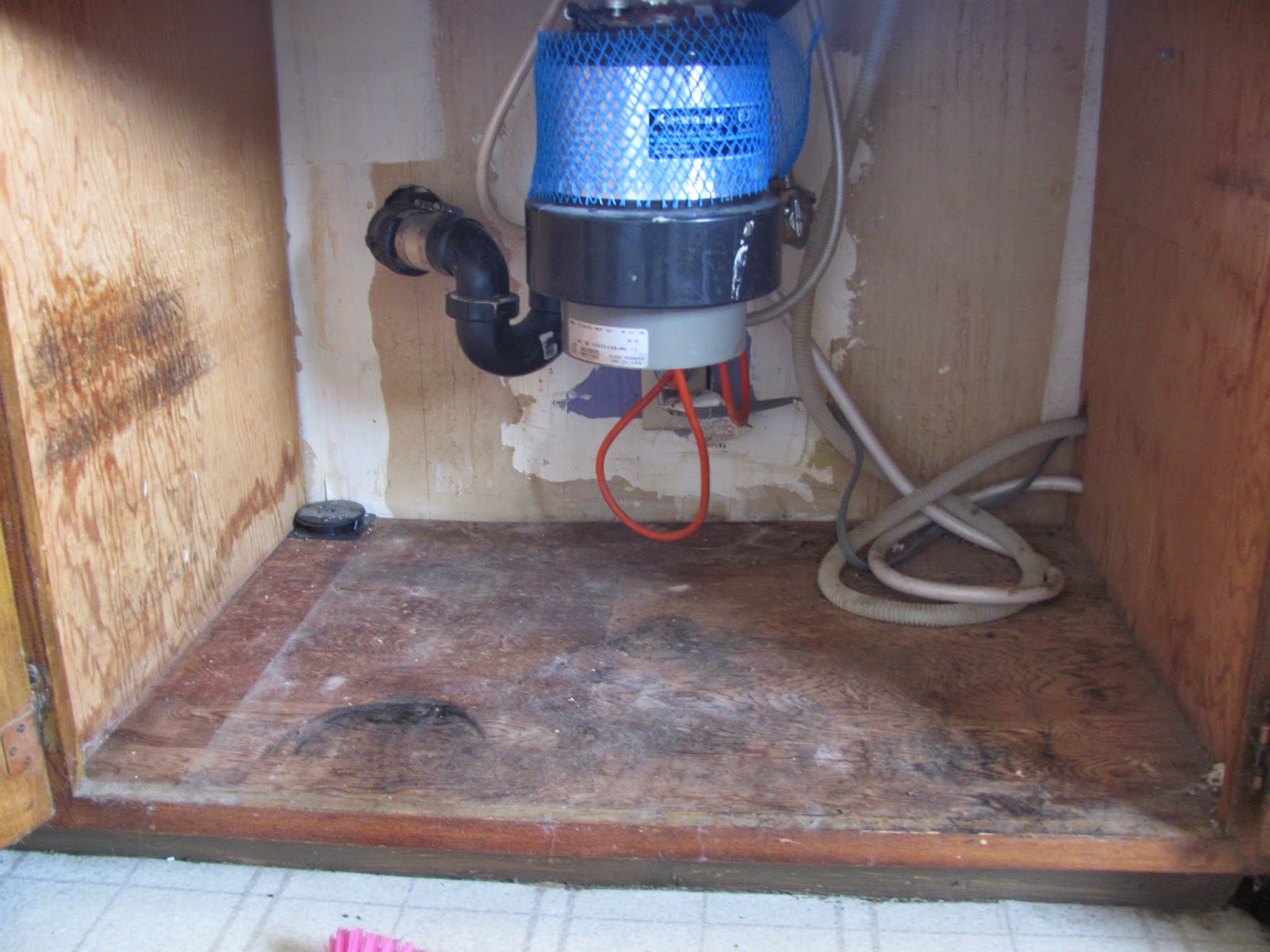 ‘Cause clearly, under my kitchen sink could use some prettification!

First thing was to clear it out and set up. 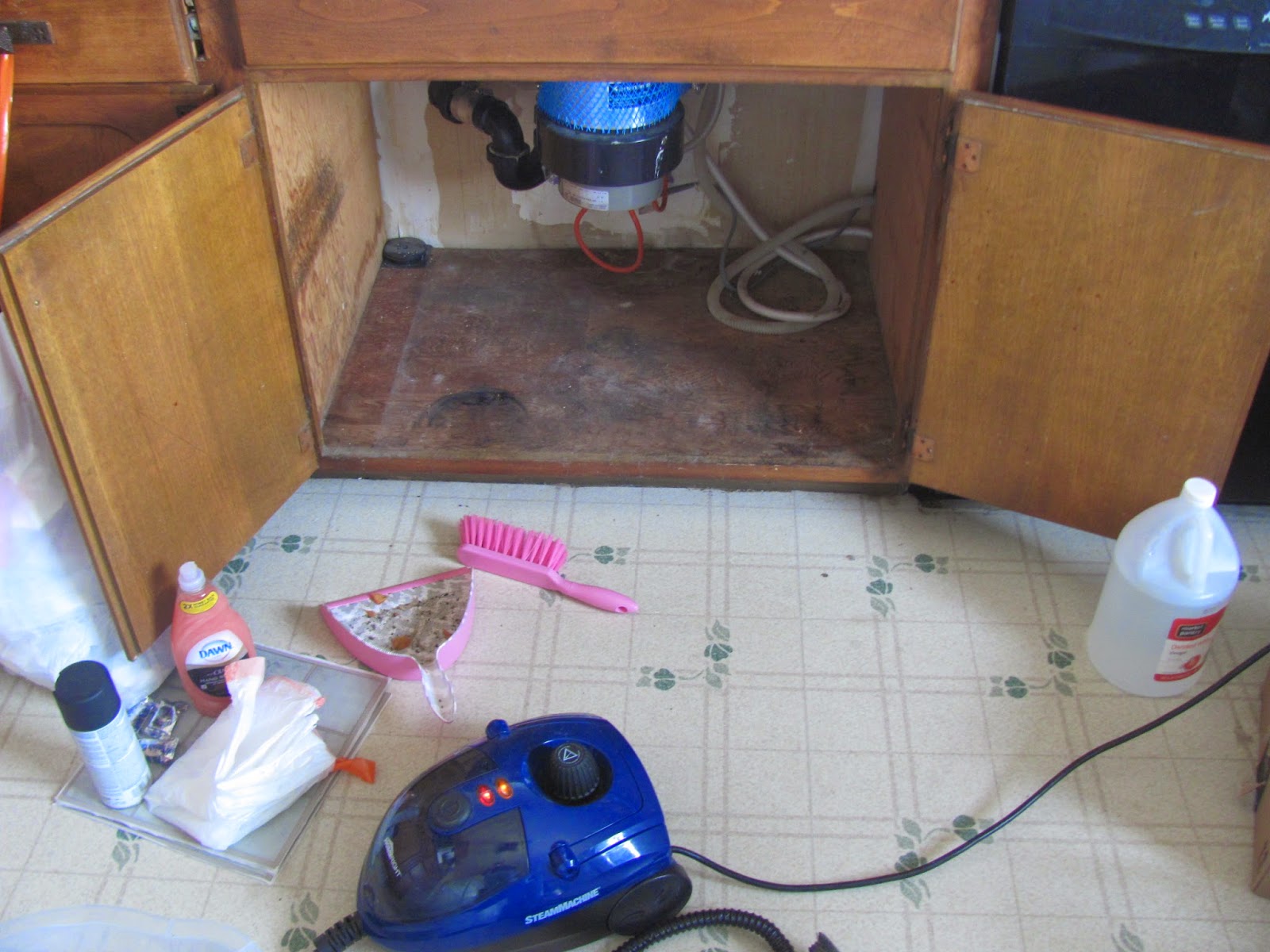 I swept it out and then used my mum’s steamer to do a nice deep clean. 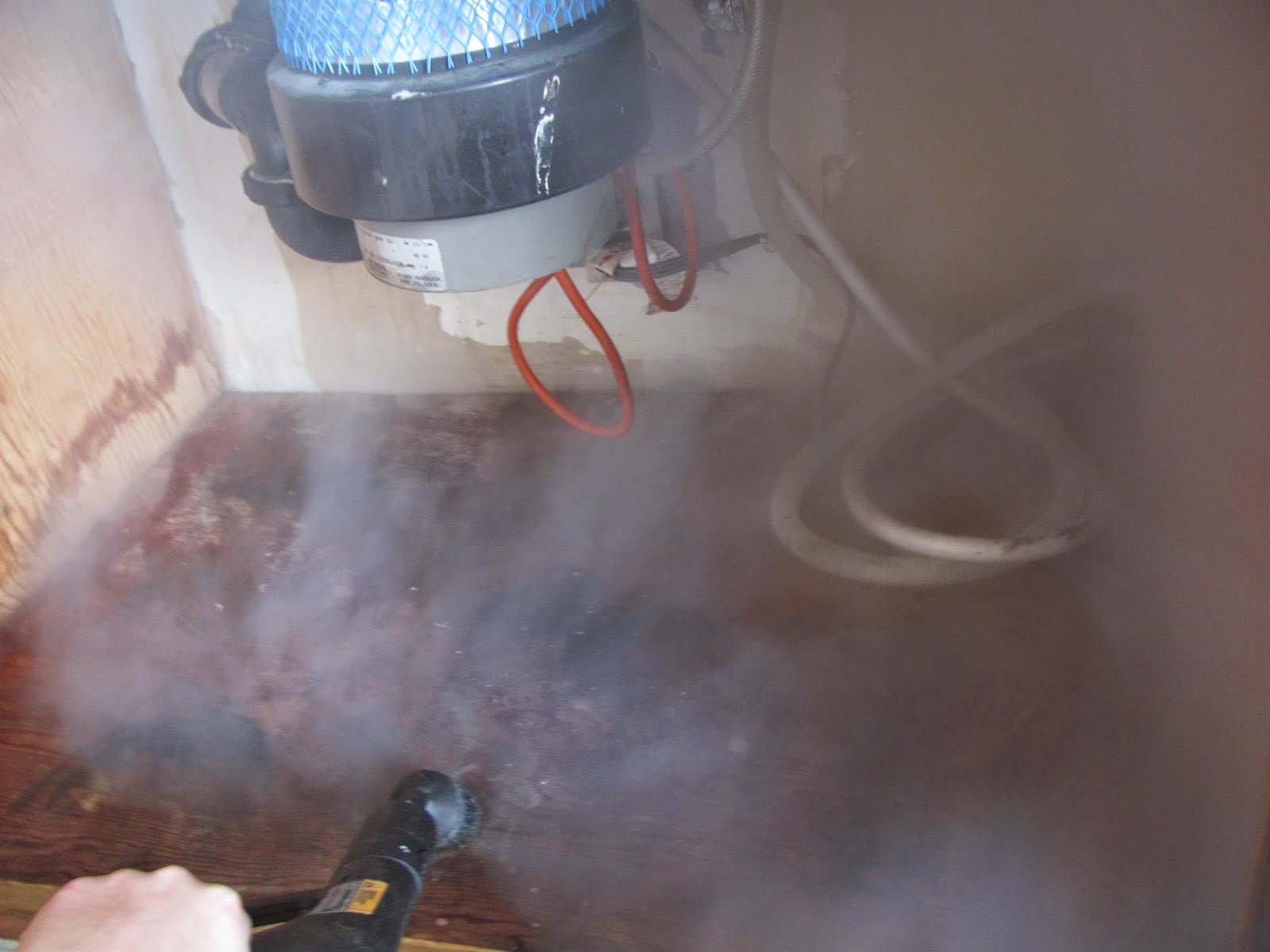 It was totally disgusting in there lemme tell you.

Of course after steamcleaning, it was quite damp! So while it dried I moved outside and spray painted this plastic bucket that I’d washed earlier that morning. 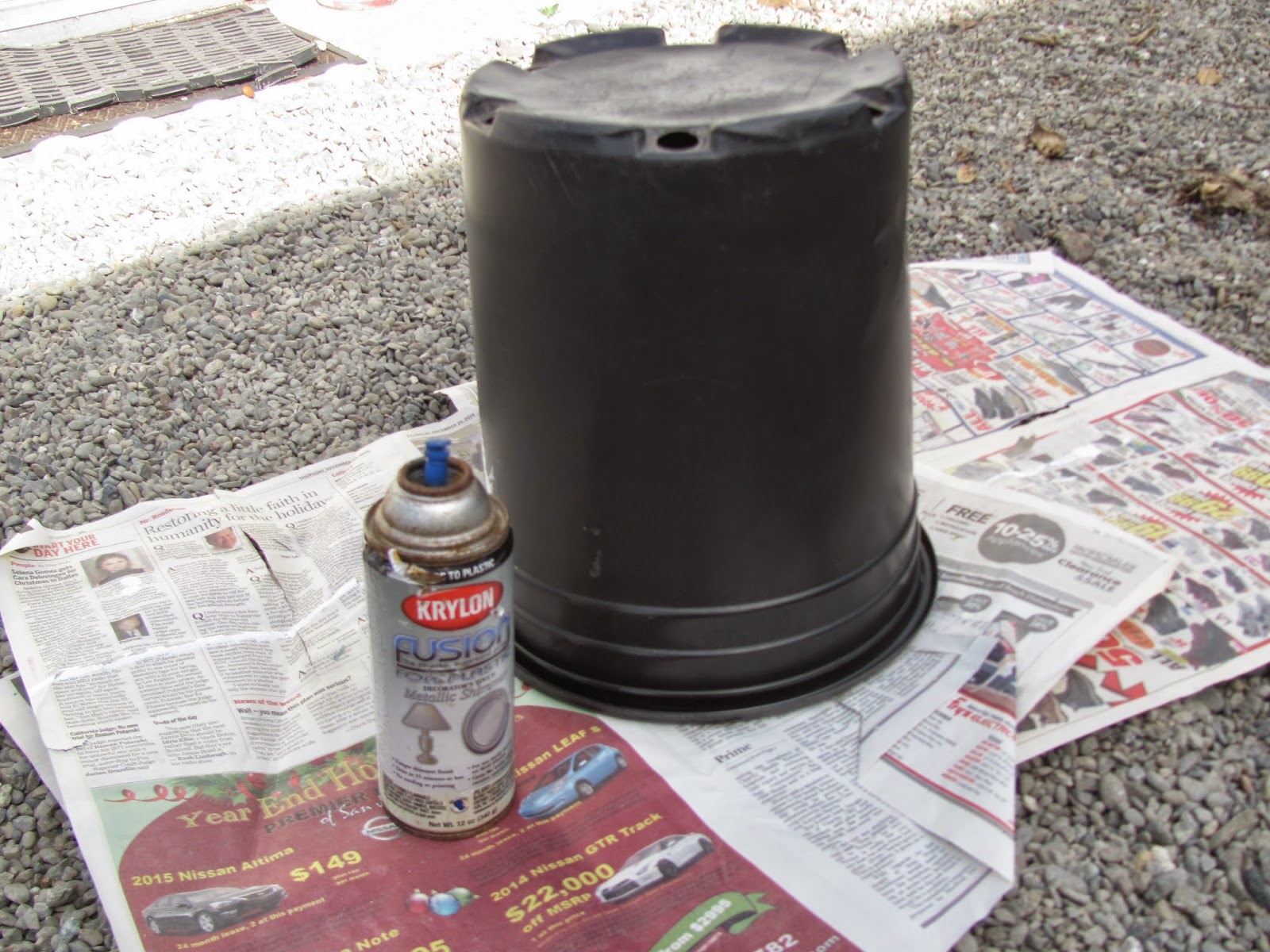 This bucket came from a dwarf tree my mum had planted, and she’d used it to transport some plants to my house. It’s not super sturdy, but how sturdy does it need to be? Not very!

Anyway, eventually it was getting drier under the sink. I’d bought six 1′ stick and press laminate tiles from Home Depot (this one actually). Well my cabinet isn’t 3×2′ even, so I had to do some trimming. Due to the design I chose, I ended up trimming both sides of the middle tile. 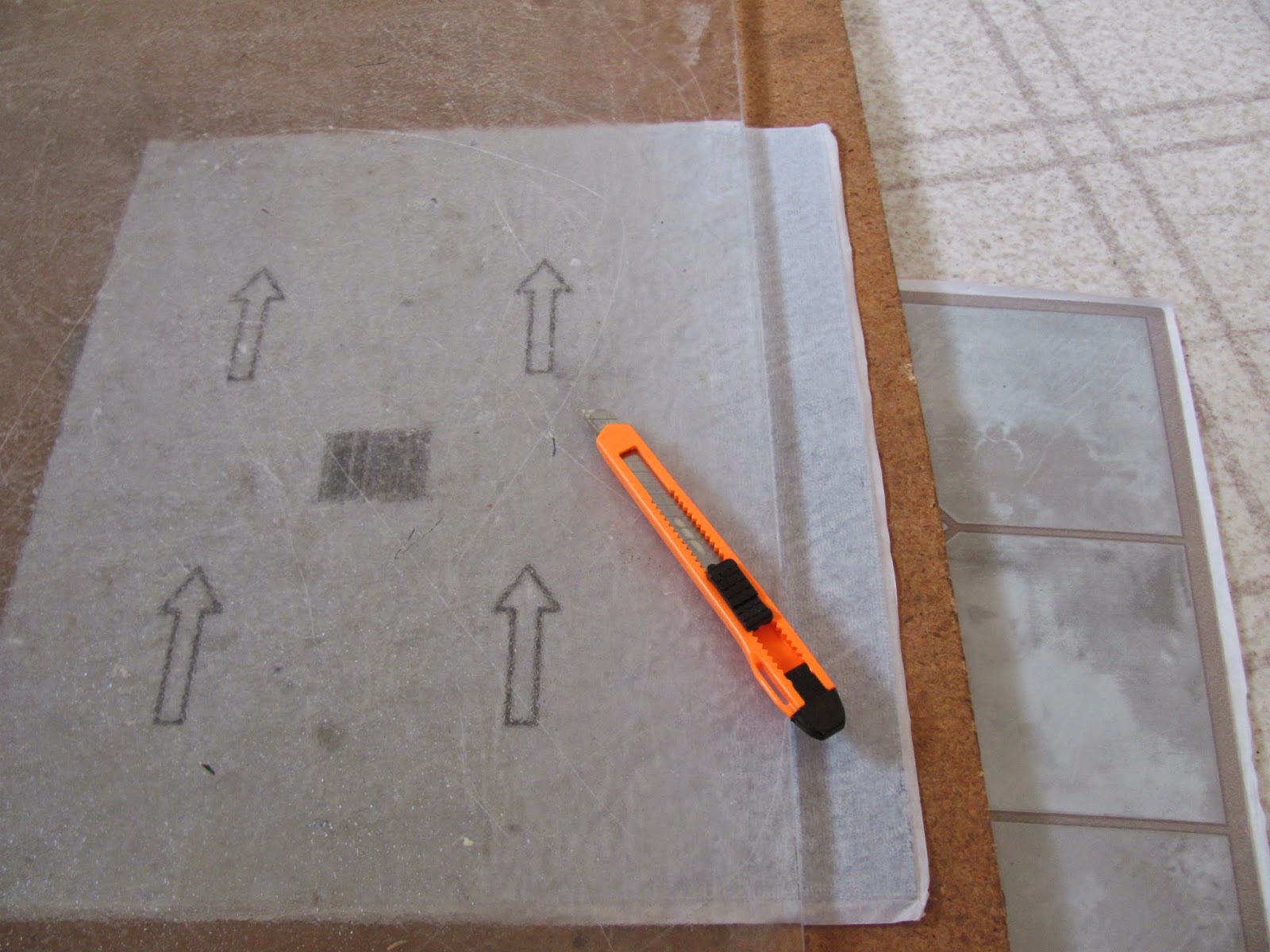 It ended up being super easy! After I measured and marked, I just ran my exacto knife along the line to score it. 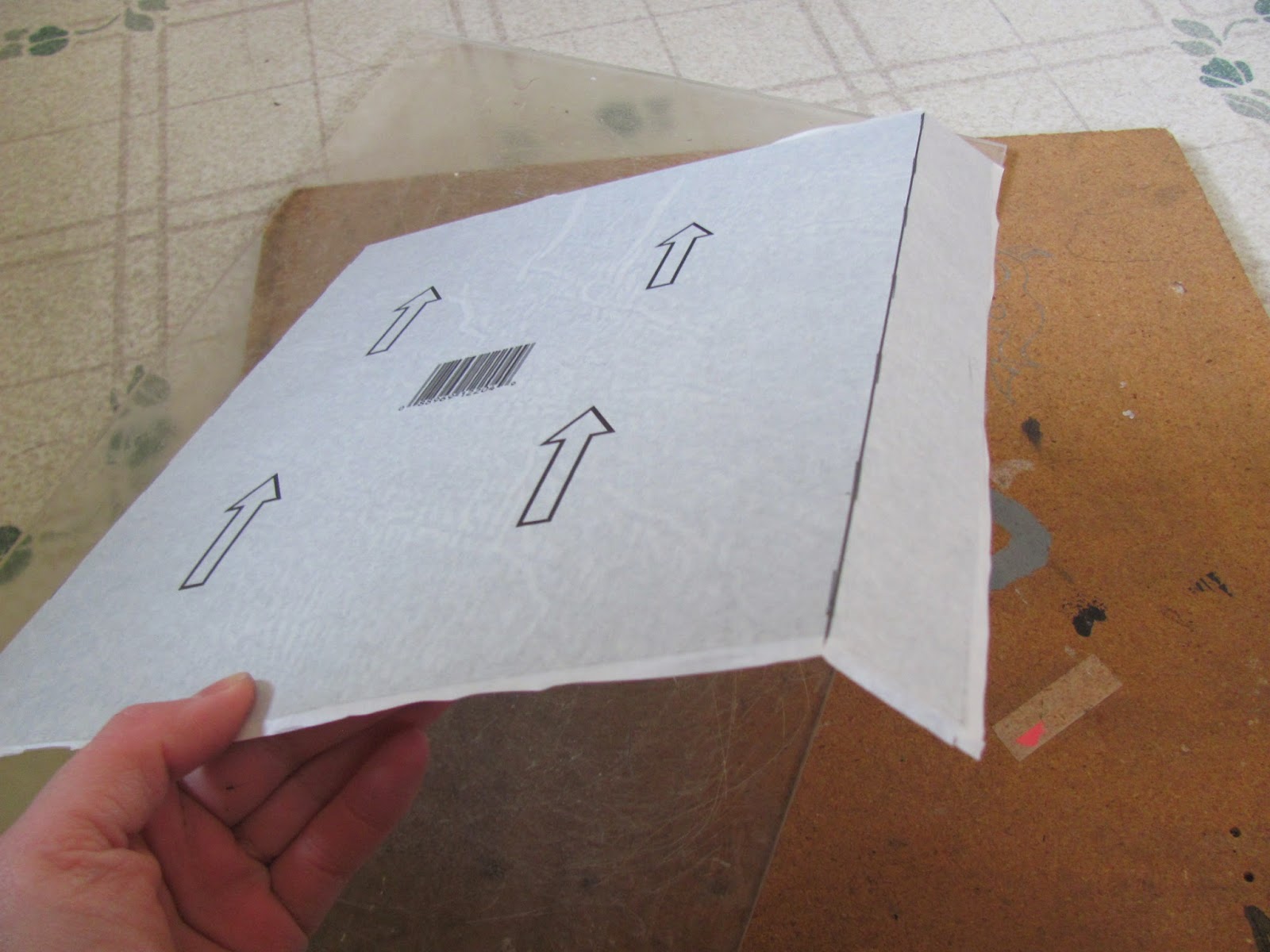 Then it pretty much just snaps! 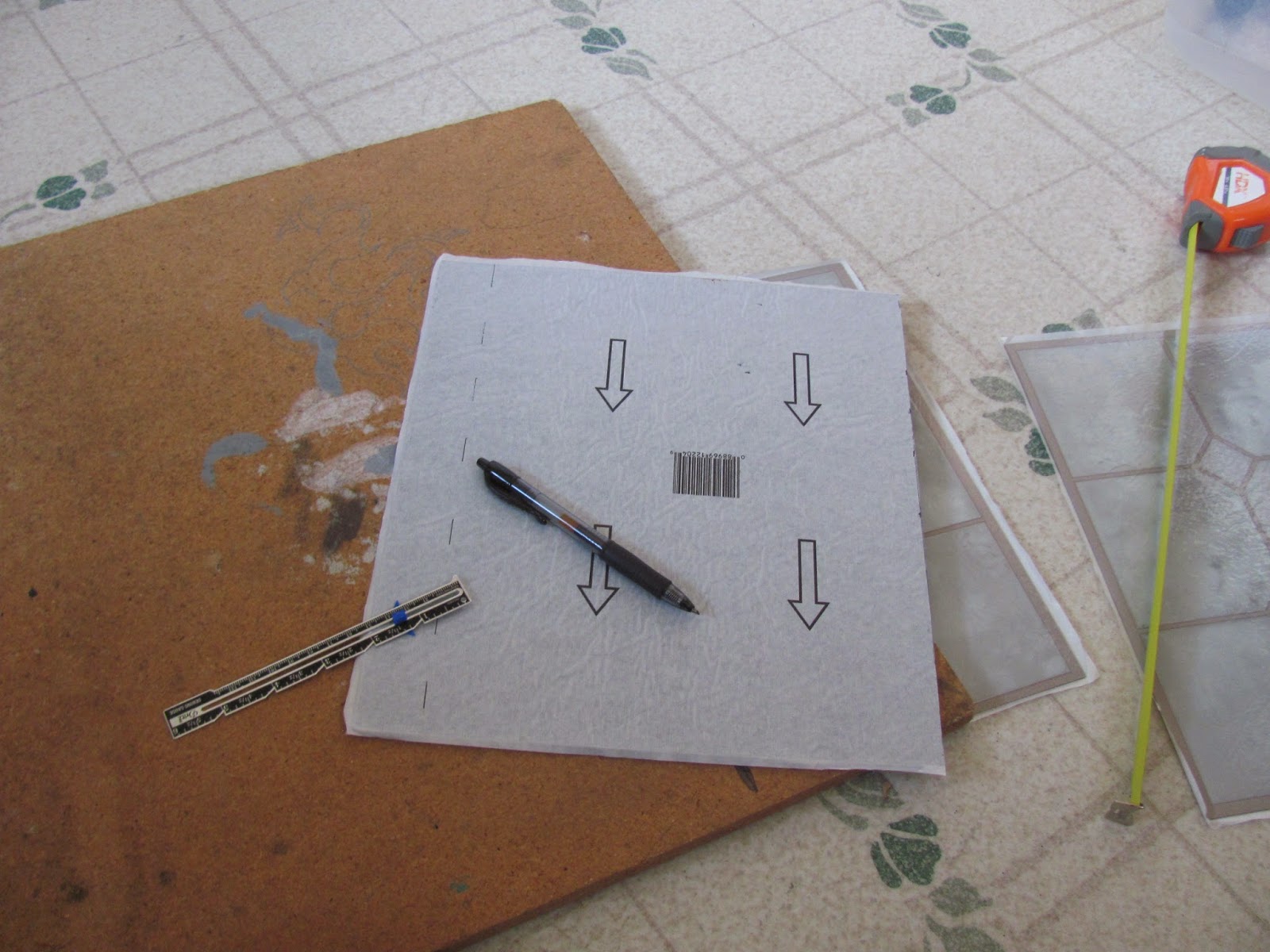 It’s so easy to snap that actually you have to be really careful. I was holding one tile by the corner while I peeled the backing off, and it snapped in my hand! I put that snapped corner in the corner 8D

Brought in my newly painted trashcan and… done! 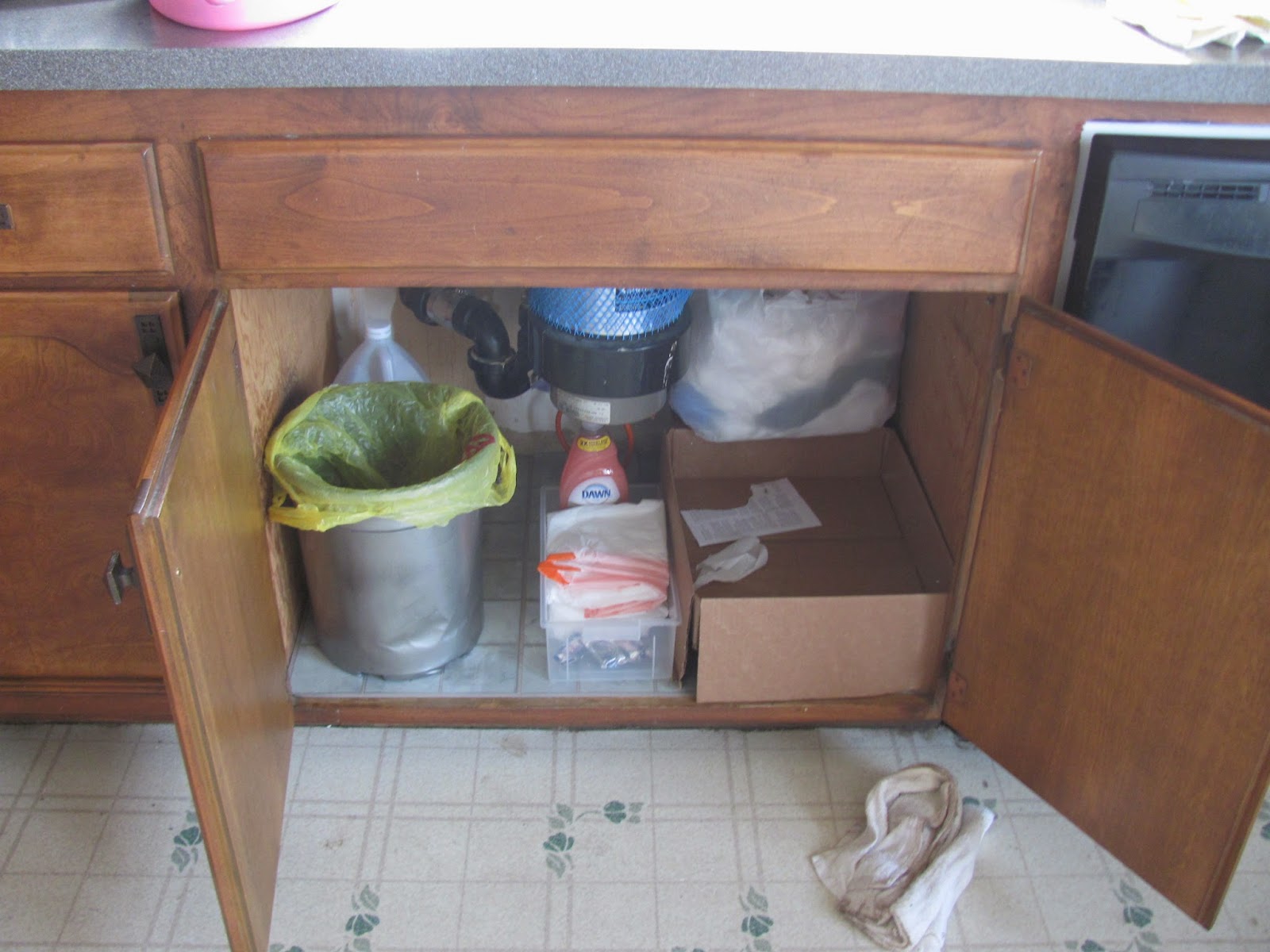 Oh! And here’s that pin I saw. I didn’t actually click it, I just saw the pic and thought “Good idea!” so she probably has more ideas and method there!
Actually… maybe I should check it out for myself 8D;;